Batman vs Superman will show the hero abandoning his Goth Batmobile for a vehicle that, rather than striking fear into criminals, wins their respect with its sick modifications.

Director Zack Snyder said: “Superman doesn’t understand why the kids on the street laugh at him and think drugs and crime are cool.

“Then Batman skids to a halt in front of them, giving his 18” Wolfrace alloys and 280mm drilled and grooved vented disc brakes a workout, blasting Lethal Bizzle’s Rari WorkOut over six cityblocks, and the kids’ jaws drop.

“He tells them the only way to afford a car like his is to go back to school or be born a millionaire, beats Lex Luthor in a brutal drift race through Gotham, and gets off with Wonder Woman in front of everyone in the Cineworld car park.” 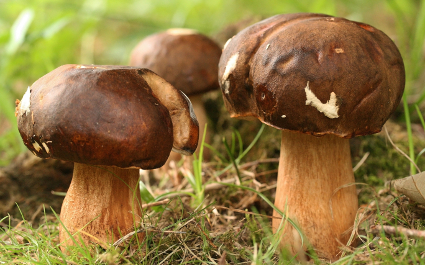 THE 2014 fungi crop is hoping to induce more cases of projectile vomiting after a disappointing 2013.

Edible mushrooms, which are picked and cooked by middle-class chefs unable to find the mushroom bit of Waitrose, admit there is nothing they like more than doing a whole dinner party at once.

Mushroom Tom Booker said: “From disguising ourselves as a perfectly edible mushroom under a log to listening to the hosts brag about their foraging to the first lurch of the guts, we absolutely love it.

“I look forward to autumn each year just to watch them suddenly stand up, announce they’re not feeling too clever and then paint the walls with their pan-fried calves’ livers and porcini.

“Then again, you could be one of the lucky one’s and have your mind destroyed by a unbelievably savage Viking hallucination.”