GIRLS Aloud singer Cheryl Cole is to star in a new ITV prime-time show where she stares at children while they burst into tears.

Starting in the new year, Cheryl Cole Watches Children Crying will be the network’s Saturday night flagship alongside Ant and Dec’s Piss-Factor and the celebrity jungle show Big Wet Tits.

Producer Julian Cook said: “The child will be placed on a stool in front of a beautifully made-up Cheryl and then the researcher will do something to make it cry.

“Perhaps we’ll tell them their cat is very, very sick or that mummy and daddy are getting a divorce and it’s all their fault.

“And sometimes we’ll just have someone dressed as a blood-soaked zombie who will run towards the child screaming as loudly as possible.”

Cook added: “As the child begins to weep the camera will cut back and forth, keeping an eye on Cheryl as she wells-up, until finally we get the ‘money shot’ and she starts bawling her eyes out. ”

Cole said last night: “Babe, am really lookin’ forward to watchin’ these little kiddies cryin’ like, cause they totally deserve it, they really do. Am so proud of yeez.”

The show will also feature members of the public being stopped in the street and shown photos of a dead puppy in a bucket. Whoever cries the quickest each week will win Â£10,000.

Meanwhile anyone who does not cry will be hounded to the brink of insanity by News International. 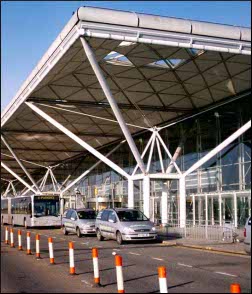 HIPPIES were today banging on about petrol again even though we already get it and would just like to go skiing.

A gang of them have occupied the runway at Stansted to raise awareness about how airports are increasingly being used for air travel.

Tom Logan, the largest hippy, said: "What happens, right, is that these planes are being filled with petrol, right, and then the pilot switches it on and all the petrol gets burnt, right, and then all the trees die and we run out of water .

"People need to understand the consequences of setting fire to petrol."

Angry travellers stuck in the airport's departure lounge said they were concerned about global warming and the expansion of low cost air travel but called for each and every one of these fucking hippies to be strung up from a lamppost.

Wayne Hayes, an intermediate snow-boarder from Cambridge, said: "I am deeply concerned about the sort of world we will bequeath to our children and I promise you, the minute I get back from my holiday I will write a letter to my MP demanding that they do whatever it is you want them to do.

"But please, for the time being, fuck off bastard hippies."

Emma Bradford, a hanger-on from Lincoln, said: "I'm a supporter of WWF and I have a Greenpeace Visa card. If I wasn't going on holiday I'd be down there with them, but I am, so I really think we should just crush them all with a bulldozer."