Children 'must be protected from dangerously suave smoking in films'

MINORS are not ready for how amazing you look when you smoke, campaigners have warned.

The World Health Organisation wants all films featuring smokers to be rated 18 because children have not earned the right to see people looking so amazingly suave.

Professor Henry Brubaker, from the Institute for Studies, said: “Child brains are small and rubbish, so the sight of Lauren Bacall asking Humphrey Bogart for a light might make their head explode from too much panache.

“Even Groucho Marx waggling his cigar at somebody has enough sophistication to make them dizzy, so they should probably stick with wisecracking otters or whatever shit they’re into these days.”

Health officials say that just 10 minutes viewing a person smoking on screen may be enough to make a child wish to choose a life of pleasurable indolence rather than joyless productivity. 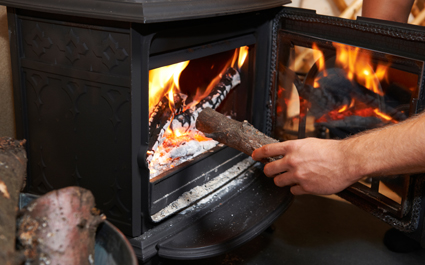 A MAN took charge of a pub’s wood-burning stove despite not working there or being a regular, it has emerged.

Regulars at The Crown in Gloucester were astonished when newcomer Tom Logan started fucking around with its log fire like he owned the place.

Drinker Julian Cook said: “Nobody’s even seen this guy before but there he was, fiddling with the fire.

“Not only was he adding new logs, he was poking around at the already smouldering logs and blowing on the embers like Ray Mears. It seemed a bit of a liberty and anyway there was nothing wrong with the fire.”

27-year-old Logan arrived at the pub with a group of ramblers, and was clearly trying to establish himself as sort of alpha male figure.

He said: “Sometimes somebody has to take charge, even when you’re essentially in someone else’s house and everybody’s giving you a funny look. I’m like that at work when I’m doing a team project.”

The fire completely died soon after Logan had messed about with it, prompting the group to quickly finish their drinks and leave.