Chris Evans loses the 500,000 people who actually listened to his show

THE audience for Chris Evans’ Radio 2 breakfast show has fallen by the exact number of people who paid to attention to it, it has emerged.

The latest figures revealed the audience dropped from 9.5m to the 9m people who really just have it on the background while they think about toast.

Former listener Martin Bishop, from Hatfield, said: “I used to just have it on the background. I quite liked some of the music. But then one day I sat down at the kitchen table with a cup of coffee and gave it a proper listen.

“Within 30 seconds I realised he was a gibbering nincompoop and that was that. Now I just stare out of the window until it’s time to go to work.”

Jane Thompson, from Finsbury Park, added: “I spent a week listening to it and by the Friday I noticed that I had become significantly less intelligent.

“At one point I actually found myself thinking ‘yeah, this guy’s definitely worth a couple of million a year’.”

Talentless arse from school now hugely successful thanks to property 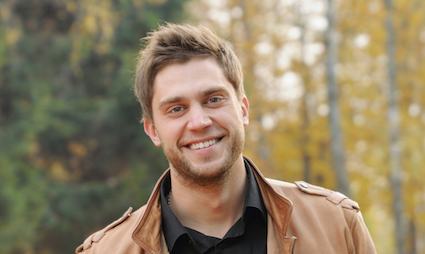 A COMPLETE twat from school is extremely wealthy thanks to the property market despite never having been good at anything.

Schoolfriends of Wayne Hayes, who now has a portfolio worth seven figures, are finding his current status hard to reconcile with the fact that he was even thick at RE.

Former classmate Tom Logan said: “I was visiting my parents when I recognised the vacant, gormless expression of a guy getting out of a BMW 7 series. I was like, ‘Wayne?’

“Turned out he got into property at just the right time, doubled his stake within two years, and is a millionaire ‘on paper’. He used to eat paper.

“He takes diving holidays in Australia and is having flying lessons, and all I could think was ‘But your English GCSE coursework was you describing an episode of Pingu’.’

“Then I had to leave because he was starting to tell me about his girlfriend. I didn’t think it would be healthy for me to know.”