Could you write a terrible episode of Doctor Who?

DO you feel you could write an episode of Doctor Who that’s mediocre enough for the new series? Read our guide and find out.

The Doctor should always sound like she’s just run up six flights of stairs. That’s why old stories like Genesis of the Daleks were so rubbish – Tom Baker didn’t always appear to be having a panic attack.

Has the diversity gone a bit bonkers?

Most vaguely decent people support diversity, but your script should be so PC it just feels weird and jarring. If the Doctor meets a British army unit entirely composed of overweight black women, you’re on the right track.

Is any menace undermined by lame humour?

This works brilliantly – just look at The Last Jedi. Here is an example of excellent dialogue:

Cyberman: Now you will die, Doctor. And it will not be a quick death.

The Doctor: Eeh – hark at you, yer big metal jessie! You won’t be laughing when your batteries go flat! Anyway – have I got time for a cuppa?

Is your villain pathetically unfrightening?

In a show known for its iconic alien monsters, it’s important they are unthreatening and painfully contemporary. Here are some suggestions:

● Aliens who make a profit by polluting planets with non-recyclable plastics;

● A businessman trying to take over the world with a thinly-veiled version of Snapchat;

● A less-good ‘homage’ to something else, eg. a Predator-type creature who collects his victims’ mobile phones as trophies and tells jokes.

If you answered ‘yes’ to most of the questions, you have an excellent potential Doctor Who episode. Just add in the word ‘fam’ every few minutes and send it to the BBC.

Which insane fitness cult is right for you? 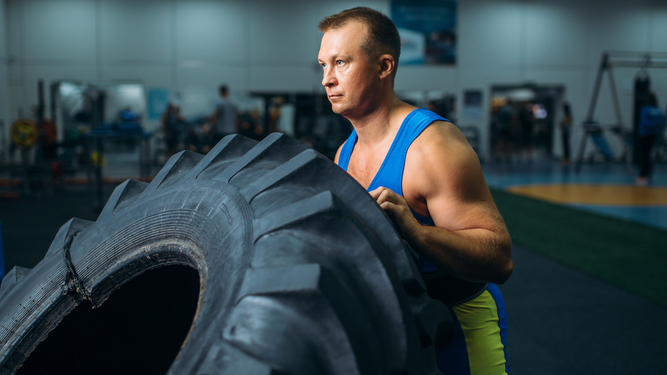 DO you long for an exercise regime that will take over your life? Read our guide to which all-consuming fitness cult you should bore your family, friends and strangers with.

If you’ve ever wanted to throw a tyre for some reason, know what a burpee is, or just use exercise to make up for your lack of personality, Crossfit is perfect. Get ready to live it, breathe it and post incessantly on social media about it (to a rapidly diminishing group of followers).

Are you busy? Do you not have time for a long workout? Do you not mind rushing around in short, mad bursts like a Muppet on coke? HIIT is the one for you. Sadly you’ll lose all those minutes gained telling bored people about how much time you’ve saved.

It’s free and it makes the world into your gym, and other people into fun obstacles you can narrowly miss. Sign up to Park Run, link your running app to Facebook for daily posts enjoyed by no one, and enjoy blissful ignorance of what you’re doing to your knees.

It’s the fitness cult that seems like it would make you better at sex, but really just makes you good at holding in farts while bending over. When you’re not noticeably fitter after lying on a yoga cushion a lot you can haughtily inform people that it’s actually about mind and body and they just don’t get it.