What a bunch of awful, middle class twats, thinks former This Life fan

A FORMER fan of This Life watching the series a second time cannot believe he ever obsessed over such smug, solipsistic bilge.

Tom Logan, now 42, watched the series in his late teens and yearned for the life of a house share in South London in the company of ambitious, unashamed hedonists.

However within 10 minutes of starting to rewatch the series he realised what tedious, self-obsessed bastards the characters were.

“Second, those names. ‘Miles’? ‘Milly’? ‘Egg’? That alone makes them twats. Why the hell did I want them to be my friends? Don’t even mention that terminally annoying idiot Delilah.”

Logan also took issue with the characters’ much-vaunted drinking, drug-taking and casual sex, which never happened to him and which he could never afford anyway due to paying £1500 a month for a shithole in New Cross.

He added: “The best bit was where she punches that woman in the face. That’s what it should have been the whole series – all of them punching each other in the face, all of the time.” 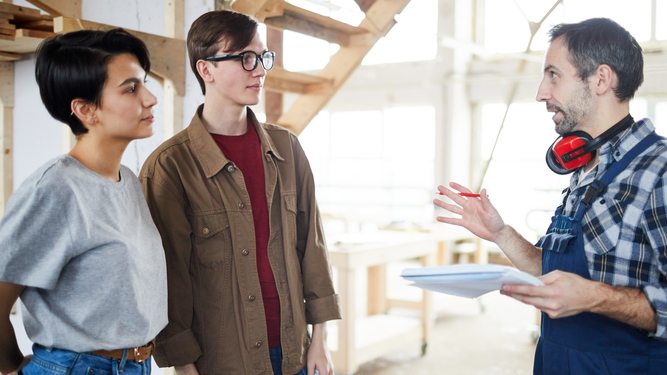 ARE you a hand-wringing liberal who thinks we should heal the divisions in society caused by Brexit? Here’s how to befriend a working class Leave person.

Approach them in a natural way

Whether it’s the builders working on your extension or a tattooed couple in a pub, begin with some normal working-class chat, eg. “Hello. Football, eh? Do you have legitimate concerns about immigration?”

Show you are not a member of the liberal elite

Prove your working-class credentials by eating a pie while placing a bet on a ‘dog race’. If you feel guilty about the exploitation of greyhounds, you can always give a donation to PETA later.

Avoid the subject of Brexit

Unfortunately many Brexiters just repeat long-debunked myths about the EU, which is so infuriating you’ll want to beat them around the head with a rolled-up copy of the Observer food magazine. Avoid this by sticking to working class topics like bricklaying and rugby.

Fortunately TV companies run by middle-class people can help here. Coronation Street and particularly Eastenders are both 100 per cent accurate representations of working-class life, and you will learn useful phrases such as “It’s FAHHMILY!” and “E’s not worf it!”. Use them frequently.

Prepare to hear some illiberal opinions

Working class people can have robust opinions about topics like immigration, the death penalty and ‘paedos’. Half-heartedly agree with them in a cowardly fashion, like you did with that Sun-reading plumber. It’s the middle class way.

Invite them to a dinner party, but not at your house

It’s good to bridge the Brexit divide and respect your fellow citizens, but don’t let them know where you live or they’ll be popping round all the time with their dangerous dog to talk about chips.