Undeniable bellend Tom Logan said: “My skills include pointing at the air during the bit in the music when the drums stop. I am a fucking genius, like Stephen Hawking but way better looking.”

Logan, whose DJ influences include Swedish House Mafia and “whichever ones are richest and nail the most birds” is among 2,500 very similar people already queueing outside Syco’s production office.

Scientist Mary Fisher said: “This show presents a major opportunity to study bellends in their natural environment. We could learn something about humanity that might save our species from destruction.”

“My DJ tips are don’t be original, don’t follow your instincts and pack a spare tight black t-shirt in case you get dribble on the first one.” 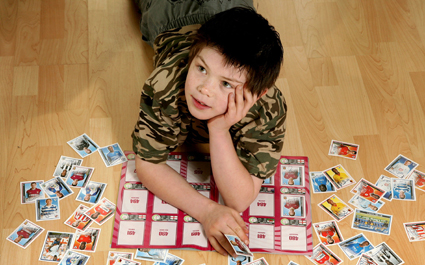 The album allows fans to collect every member of the FBI, IRS, Interpol and Swiss teams investigating FIFA along with two-part stickers showing FIFA executives in happier times and in jail.

“There’s a whole double-page spread of the decline of Sepp Blatter, with embossed hologram stickers for key moments like announcing Qatar had won and delivering his resignation speech.

But 11-year-old Nathan Muir said: “Once you’ve got the high-profile guys, it’s just 200 stickers of anonymous men in suits exchanging suitcases of money in five-star hotels.

“Some of them are older than anyone I have ever met.”