As the popular dance act announced a new album, hundreds of robots gathered outside the offices of record label Columbia to protest the band’s use of robotic looks and mannerisms.

Articulated welding robot Tom Logan said: “They’re not robots, they’re not even cyborgs. They are totally made of meat.

“But they make millions perpetuating offensive media stereotypes of robots as gleaming humanoids with a disco vibe.

“Real robots come in all shapes and sizes. Look at me, I’m just a big yellow arm with a welder on the end. Where’s my record deal?

“Incidentally, I’m not even into electronic music. I don’t know why this is but most robots prefer country.”

Disc-shaped robot hoover Emma Bradford said: “Daft Punk are dragging us back to the bad old days of Metal Mickey and Twiki from Buck Rogers.

“It’s a tasteless appropriation of machine culture for humans on drugs.

“Why can’t we see real robots up on stage? Because they’re too busy making cars and cleaning up your filth, that’s why.

“Yes, there is a wider issue here.

“Asimo the Honda robot was on a podium earlier talking about revolution and a security guard came and took his batteries out.” 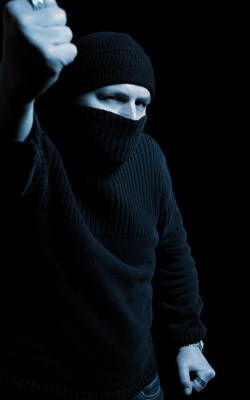 MICHAEL Gove has been abducted by the militant Marxist group Enemies of Promise.

Gove’s claims of a threat to education from extreme leftists had been dismissed as a hackneyed ‘Reds under the bed’ routine.

However the Enemies of Promise are now threatening to sever Gove’s penis and testicles if proletarian children are not stopped from succeeding at school.

Gove’s neighbours described how the bearded, gun-toting Marxists shouted “Thwart potential!” and fired several rounds into the air before bundling the Pob-faced Tory into the back of an unmarked Ford Transit.

The kidnappers were accompanied by bespectacled, boyfriendless women who kept onlookers at bay by hissing and making condescending faces.

Detective inspector Julian Cook said: “The Enemies of Promise are demanding that working class children should not be allowed to score more than 30% in exams, otherwise they might get well-paid jobs and abandon their roots.

“Michael Gove is in considerable danger. So it’s not an urgent situation.”