DOES your mum’s passion for music eclipse her knowledge of lyrics? Here are some songs she loves to sing – in her own inimitable way…

Her go-to karaoke song, your Mum still gets the lyrics wrong even though they’re appearing, one by one, on a 49-inch plasma screen. Buoyed by the success of this rendition, she’ll massacre Chiquitita.

Mum loves Adele. I mean, she drinks and swears too much, but she still loves her. Just not enough to recall any of her actual lyrics.

Sample mum lyric: ‘Should I give up, or should I just keep chasing penguins?’

Also: ‘Sometimes it lasts in love, but sometimes he hurts his leg’

Ironically she knows the opening line: ‘A long, long time ago, I can still remember…’ but how many lyrics she remembers in the next eight minutes of Don McClean’s epic is anyone’s guess. This truly is the day the music died.

Sample mum lyric: ‘Drove our Kevin for a bevvy, because Kevin was dry’

After singing out the first few minutes, Mum stops dead to tell you Freddie Mercury came from Zanzibar, explain what a great singer he was and reaffirm how sad it was when he died. Before somehow picking up the thread of the song for the sad ‘nothing really matters’ bit at the end.

An earworm from the relatively recent 2018. George is also the son she never had. This is a great example of Mum only knowing the final word in each line and not bothering to fill in the gaps.

In Mum’s defence this song is a real lyrical minefield. But every time it comes on the radio in her car she somehow gets worse.

Watching the last night of The Proms on telly, waving her miniature Union Jack and half drunk on gin are the perfect conditions for her to belt out her own interpretation of God Save the Queen. 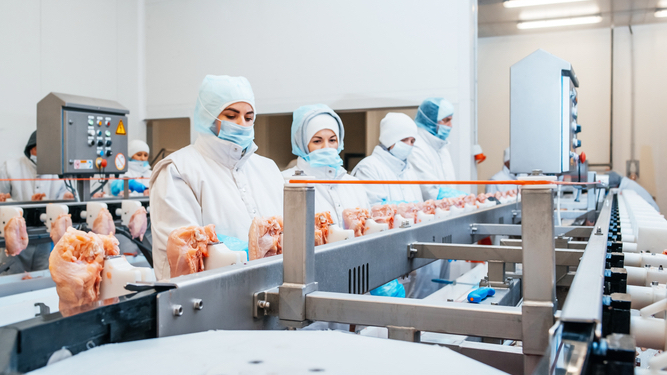 TENS of thousands of minimum-wage food industry employees have been fortunate enough to be told they can work through Covid.

The employees, whether vaccinated or not, have been informed that they are so vital to the running of the UK that they can continue earning between £6.56 and £8.91 an hour no matter how ill they are.

Chicken-packing plant owner Roy Hobbs said: “We’ve saved our workers from the ravages of the pingdemic. I hope they realise how blessed they are.

“Now, even if they’ve properly got all the symptoms, they can continue standing at our conveyor belts and pass on Covid to their co-workers, their co-workers’ families etcetera, all with government sanction.

“It makes me proud to see them standing up for Britain, soldiering on through this nightmare on their zero-hours contracts and they’re fired if they miss a shift.”

Employee Jack Browne said: “Presumably I’m also allowed to go to five pubs and a nightclub tonight as a reward for being the hero this country needs.

“It’s leadership like this that has seen the UK come through the pandemic unscathed. Thanks Boris.”