Danny Dyer to star as Dr Who

THE upcoming Doctor Who movie will portray the timelord as a cheeky cockney rogue.

Earlier plans to make the other kind of British film, where the Doctor is a sexually-repressed Edwardian who learns things about himself in a wood-panelled drawing room, were abandoned after Colin Firth turned it down.

Nervous investors are now hoping that gangland masturbatorist Guy Ritchie will bring his own brand of lucrative ADHD camera-pointing to the project, provisionally titled Doctor Who The Fuck Are You Looking At?

Whovianist Wayne Hayes said: “When I heard about the film I naturally drew up my list of 327 specific demands regarding dialogue, plotlines and the correct colour of Judoon uniforms but ‘a saucy caper involving a Tardis full of hooky gear’ was not amongst them.

“The Doctor is an ancient denizen of Gallifrey who protects the universe from evil, not a puffy-eyed imbecile from Newham with a fetish for criminals.

“Mark my words, the internet shall be hearing about this.”

Dyer is already preparing for the role by training with a bare-knuckle fighter in how to stripe somebody’s face using a sonic screwdriver and how to do that wide-boy strut of his while wearing rough tweed.

He said: “For me, the Doc has always been a bit of a tasty operator, y’get me geezer? The telly show has got all the aliens and shit but it’s never really looked at how he’d glass somebody who was mugging him off by touching up his bird, has it?

“Whelks, guvnor, oi-oi and so forth.”

Internet misogynists given chance to meet a woman 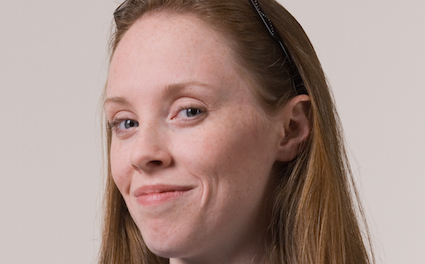 A GROUP of online trolls have been introduced to an actual woman for the first time.

Wo-Meet is a new initiative where sexually-vindictive internet obsessives can experience meeting a woman who is not in a browser window.

A spokesman said: “Wo-Meet is a place where the socially-petrified men who use the net as a repository for their unpleasantness can spend 20 closely-monitored minutes talking to a woman who won’t make fun of them.”

Waynes Hayes, 29, said: “At first I was scared because she was fully clothed and much bigger than monitor-size. But she was very nice.

“We had lots of similarities. I asked her what food women eat and she said it was the same as men.”

He added: “At the end, I said she could come to my mum’s house and we could have fish fingers and watch my favourite programme, which is Primeval.

“She said thanks, but probably not.”