AN amazing non-conformist has shocked friends and colleagues by revealing his favourite Christmas song is the Pogues’ Fairytale of New York.

Tom Booker, from Daventry, has outraged sensibilities by choosing the unconventional seasonal track over traditional fare like Merry Christmas Everyone or Mistletoe and Wine.

Co-worker Susan Traherne said: “What a maverick. He’s blown everyone’s mind by picking a song which contains both profanity and ugly sentiment – at Christmas.

“And it’s so recent. This isn’t some 1970s hit we’re talking about. It came out in 1987, so Tom has basically completely disregarded tradition like the rock ’n roll bad boy he is.

“I should probably sleep with him.”

Booker said: “Sure, I could’ve gone the mainstream route and chosen Chris Rea to avoid ruffling feathers, like other men would’ve.

“But I am not like other men. For my favourite Christmas song is Fairytale of New York.”

20 percent of all children are Mick Jagger's 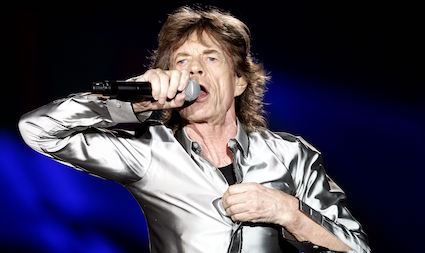 MICK Jagger is responsible for 20 percent of all human births, say researchers.

Professor Henry Brubaker of the Institute For Studies said: “Statistically-speaking everyone has Alexander The Great as an ancestor but everyone in the future will also have a relative who sung Paint It Black.

“Science fiction always pictures us in the future with big heads and spindly limbs and while this looks like being true, we’ll also have no hips and a tendency to randomly clap off the beat.

“Another possibility is that we spilt into two branches of evolution, with the effete progeny of Jagger ruling over the squat, grunting progeny of Mel Gibson.”

Brubaker added: “We should be thankful we won’t all end up being related to Keith Richards or humanity would become functionally immortal.”