MOST characters in The Dukes of Hazzard were members of the Ku Klux Klan, Bo and Luke Duke have revealed.

The happy-go-lucky 1980s TV characters have admitted they were violently opposed to black people and ‘Yankees’.

Bo Duke said: “According to the theme music, we were ‘just good ol’ boys, never meaning no harm’. That wasn’t strictly true because we used to put burning crosses on people’s lawns.

“Viewers would see us being chased by Sheriff Rosco P. Coltrane and assume we were running moonshine or embroiled in some crazy scheme involving Boss Hogg and a treasure map showing an abandoned gold mine.

“But it was probably because we’d just attended an illegal Klan rally or tried to assassinate a liberal politician using a bow and arrow with a stick of dynamite on it.”

The Dukes have now renounced racism and selling alcohol that can cause blindness, but said their extreme political views should have been obvious due to the giant confederate flag on the General Lee and the absence of black characters.

Luke Duke added: “I’m not making excuses, but all the folks of Hazzard County were racist. Uncle Jesse was a Grand Wizard and even Cletus was in favour of segregated water fountains.

“Daisy was the worst. I think men would have found her a lot less attractive if they’d known she was obsessed with crackpot racial supremacist theories and spent all day quoting from Mein Kampf.” 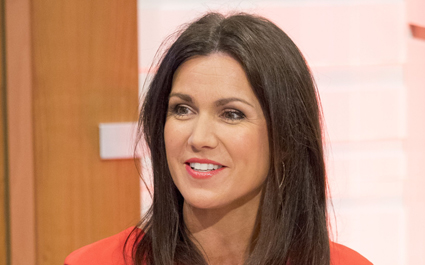 GOOD Morning Britain presenter Susanna Reid has a doner kebab at 7am every morning, it has been confirmed.

The star was seen kicking the oily remnants of her breakfast, which was accompanied by six sachets of ketchup and large fistful of chips, under the desk on this morning’s show.

An insider said: ““She eats a whole doner during the weather, squeezing the contents into her mouth like Popeye with a can of spinach.

“There’s bits of meat all over the floor. We’re starting to get pigeons in.

“I’ve never known anyone so carnivorous. “

Reid said: “Some fucking idiot got me a chicken shish the other day, I was like ‘what the shitting hell is this’?

“In a fast-paced media environment a shish just doesn’t cut it, you’ve got to go doner with all the sauces even if it means getting grease on your script. It’s the bollocks.”