EASTENDERS is to surprise viewers with a storyline where Ian Beale watches old episodes of the show on UK Gold and questions the nature of reality.

Forthcoming episodes see Ian Beale taking time off work with a chest infection and watching daytime TV, during which he discovers old Eastenders episodes showing the exploits of his younger self, friends and family.

A BBC spokesman said: “It’s going to trip him the fuck out.


“He’ll be seeing the lives of everyone he knows presented as fictional entertainment, but the interesting thing is nobody else can see what he sees, or at least if they can they refuse to acknowledge it because it’s too much of a ‘mindeo’.

“It’ll be like The Truman Show only you won’t be rooting for him in the slightest because it’s Ian Beale.”

The spokesman added: “We’re thinking Phil Mitchell might be shown previous episodes of the show where his drinking impacted on the people around him.

“It’ll be like a science fiction soap opera intervention.” 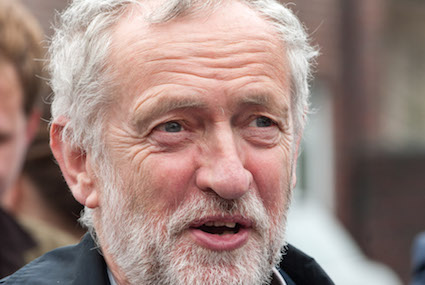 JEREMY Corbyn has told friends that he really enjoyed his second leadership contest in 12 months and suggested they do one every year.

The Labour leader, expected to easily beat rival Owen Smith, said that touring the country speaking to rallies of fervent supporters was the perfect way to spend the summer.

He continued: “I can’t believe I initially resented the parliamentary party for this.

“But instead of trying to sound convincingly unhappy about Brexit, I’ve had three months doing my absolute favourite thing of being more left-wing than everybody else, and what a treat.

“To be honest being in charge is a faff, so having a break from it while everybody reaffirmed their devotion to me was just the boost I needed.

“And I can’t lose because even if I did it’d all be the fault of Blairites and the mainstream media and the NEC and we’d demand a new contest, so there’s no risk whatsoever.

“Ah well, fun’s over until next year I suppose. Back to the jam-making.”