Ed Sheeran wondering what to ruin next

SINGER-songwriter Ed Sheeran has already ruined music, Game of Thrones and ketchup but cannot decide what to wreck next.

Sheeran, who last year made his big-screen debut bollocksing up a new Richard Curtis romantic comedy, has admitted that he is looking for a new challenge.

He said: “I came from Suffolk, just one boy and a guitar and a dream of ruining everything for everybody who ever laughed at me for being ginger. Which is everyone.

“I’ve already made daytime radio unlistenable for the next 40 years, so I’ve proved I have the power. But what’s next?

“There’s so much amazing art, food and culture in the world that I just don’t know which well to poison. A stage musical? A novel? What else do people innocently enjoy?

“Every morning I look in the mirror and remind myself how lucky I am to be where I am. How many other people can pick and choose which cultural icons to p*ss all over at will?”

Cultural experts have urged for wide-ranging protections for national treasures like QI, Star Wars and Ribena before Sheeran gets to them, while bookmaker Paddy Power has 3/1 odds on Sheeran somehow being able to ruin the concept of ‘holidays’.

Are you a member of the Conservative party or a Bond villain? 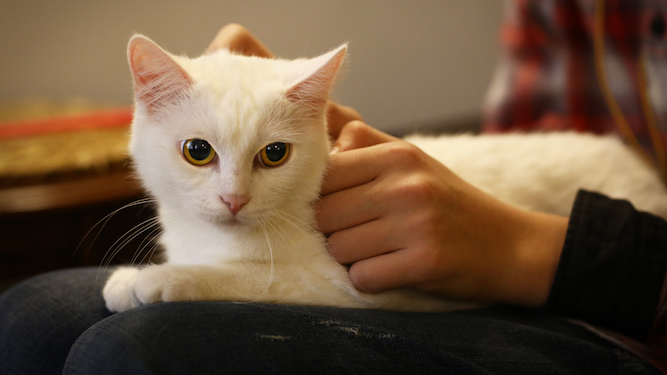 YOU’RE sitting alone, stroking a cat, plotting the destruction of Britain. But are you a member of the Conservative party or just a blameless Bond villain? Find out:

Where are you based?

A) A tropical island where you’ve carved a 90ft replica of your own face into a mountain, with eyes that open up to release swarms of killer robots.
B) A rural area in the south of England where residents are still quivering with outrage about the fox-hunting ban.

Do you have any distinctive physical features?

A) A third nipple, a scarred face, pincer hands, heart on the right side of body, eyepatch and metal teeth. Otherwise no.
B) The veins in your forehead stand out when you talk about Brexit and your mobility scooter has Union Jack plates.

How do you plan to take over the world?

A) Options include hijacking a nuclear arsenal, detonating a chain of supervolcanos, space lasers and nanomachines that turn chickens into ruthless killers. But undecided.
B) No-deal Brexit.

How will you deal with James Bond?

A) Genetically-modified, AI-assisted coyotes will hunt him down and bring me his corpse. Failing that I’ve got an army of henchmen, and if they’re no good I’ll hiss ‘I shall deal with him myself,’ before picking up a rocket launcher.
B) Cut his funding. F*cking foreign aid budget.

Mostly As: You’re a good guy who’s been dealt a tough break in life. Face up to your trauma, heal and move on.

Mostly Bs: You are one of the most evil people to have ever lived, and cannot be stopped. You will doom us all.