THIS year’s Love Island, as befits one of the most romantic stories ever told, is to have a tie-in novelisation by none other than Emily Brontë. Read the excerpts:

Arriving at the island, I feared I should never see Heathcliff again. He had departed for sea, or perhaps the Army. My heart was wrecked like my father’s ship on the rocks, but I then I ascertained there were some pretty buff guys I might wank off.

The climes are far more clement here than the bluffs and moors of Yorkshire, so I slipped into a bikini. A bequest from a maiden aunt before the voyage had seen a prudent investment in implants, making me 34EE.

The wit of the discourse at the poolside bar is effervescent. ‘Is Transformers a true story?’ asked Cheryline. ‘I believe it is a fiction like those of Edgar Allen Poe,’ I contended. And was well rewarded with a charming compliment from Brayden, who proffered ‘You is well fit, babe.’

After a childhood and marriage vexed and tempest-tossed, I have decided to make a gift of my heart to Brayden. Or is it Marco? Or Jaxyn? I fear I am having great difficulty telling them apart! Either ways, I boned one of them on top, so should not depart yet.

As the snake in Eden, in this very paradise there is a succubus straight from Hell itself: Anna. She has her eye well on my Brayden, as I lamented in the diary room while calling her a bitch. But my spirit burns too bright for this Love Island, and I keep my eye on the 50k.

Brayden and Anna’s close but scandalously false relationship caused me to fall into a terrible faint. I thought I might expire of the vapours, when a rough growl erupted from the sunken garden. It was Heathcliff, my love! He was not dead but had been coupled with Sally. ‘F**k off Brayden, you milksop’ he said, whilst getting right up in his face.

Deserved winners, Heathcliff and I have engaged a celebrity PR firm while we take in the marketing opportunities. Ours is a passion that will last longer than the limestone which underpins the Yorkshire Moors. Or about four to six months while we get our book out.

When Mummy gets a bun in the Aga: the middle-class guide to 'the talk' 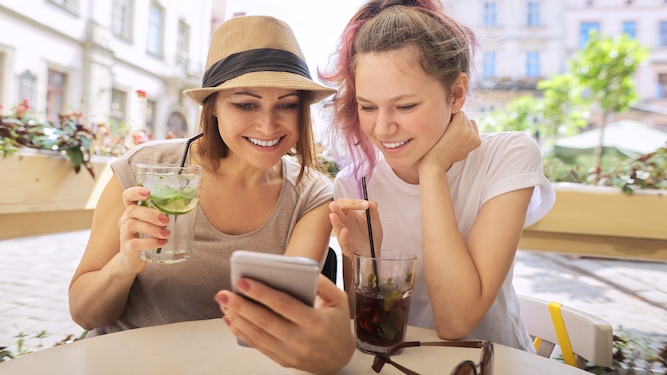 EXPLAINING sex to your children is never easy, especially when your home’s over the threshold for inheritance tax. Sex expert Denys Finch Hatton tells you how:

The birds and the bees are for peasants. It’s important that the euphemisms and metaphors you use for sexual contact are congruent with your children’s view of the world. Lines like ‘when Mummy has that Cotes du Rhone feeling…’ or ‘Daddy gets as hot as the Aga at Christmas’.

Give them good resources

A great deal of sexual health resources aren’t relatable to children whose school has a separate Wikipedia page for ‘Notable alumni’. Lift passages from literature, find a vintage illustrated Victorian Kama Sutra, or simply allow them to watch French films.

Our kids are like sponges, absorbing knowledge and values from us. So hypocritically warning them against adultery then being caught in the au pair’s room, or telling them about the dangers of autoerotic asphyxiation then being caught having a suspended wank will mean the lessons don’t sink in. Keep all that to when they’re boarding.

Tell them not to be influenced by peers, unless upper-middle

It’s important that children choose their own path, unless the peer pressure is coming from the granddaughter of a heriditary peer in which case they know best so politely defer. Good contacts open so many doors.

Warn them about the consequences

Every middle-class parent’s worst nightmare is their daughter coming home from her gap year building schools in Thailand with a surfer’s bun in the oven, unless the surfer is heir to a US phama fortune. Avoid such a tragedy by warning that the school fees for ensuing infants will be docked from their inheritance.

Remind them they can talk to you about anything

While our parents left the room when a tit came on screen, a financially comfortable family lets children know the door is always open. Tell them that they can talk to you about sex just as they would competitive rowing or the Ocado vs Waitrose debate.