Eurovision entrants picked as if for jury service

BRITAIN’S Eurovision entrants received a summons letter forcing them to perform, it has emerged.

Artists’ increasing reluctance to perform has forced the move to legally compel random citizens to become a camp musical phenomenon.

A subpoena arrived in the mail for Alex Larke and Bianca Nicholas, who were told that they were now a double act called Electro Velvet and would have to perform in Vienna.

Larke said: “As soon as I saw the letter with the official Eurovision stamp, I broke into a cold sweat.

“I’m seeking legal advice, but it’s been made clear that if I refuse I could face 10 years in prison, or even have to do the Royal Variety Show.

“I imagine this is what virgins used to feel like when told they were to be burned in a wicker man.”

Nicholas said: “They gave me a mini Union Jack, a tacky sparkly dress and a charmless song, now it’s up to me to deliver 12 points, mostly from Ireland.

“Didn’t Morrissey say he would do it? He’s the greatest lyricist of his generation. I don’t even like music.” 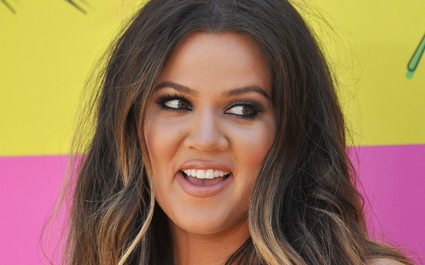 VARIOUS actresses, musicians and the Kardashians have celebrated a day for famous females who want to get a bit more famous.

Around the globe, publicity opportunities were undertaken by high-profile women determined to make things all about them.

Khloe Kardashian, who is best known for her work in existing, said: “We’re empowering women to buy great fragrances and lovely shiny magazines.

“Live strong sisters, or whatever.”

In major cities around the globe, women who have been photographed in their pants for GQ marched alongside other, less relevant female civilians.

Bank manager Emma Bradford said: “I’m glad I didn’t get my photo taken today because I don’t deserve it, I’m just a normal.

“Being famous is the way forward, not just for women but for humanity as a whole.

“The media has our best interests at heart.”