POLICE are trying to identify 11 men dressed in claret and blue shirts who invaded the pitch at Villa Park and played effective attacking football.

The impostors infiltrated the playing surface during Aston Villa’s encounter with West Bromwich Albion last week, only arousing suspicion when they exchanged a series of incisive passes followed up by meaningful attempts on target.

The Football Association has pledged to locate the intruders before they rob Villa fans of the dour 0-0 draws they have come to expect.

An FA spokesman said: “The suspects look a lot like Villa players, but their creativity in midfield immediately set alarm bells ringing.

“We would urge the public to be vigilant and let us know if they witness any more pinpoint crosses or nicely-weighted through balls at Villa Park, basically anything that looks out of place.”

Villa fan Stephen Malley said: “It set a terrible example to my kids. I covered their eyes when the shots on target started.” 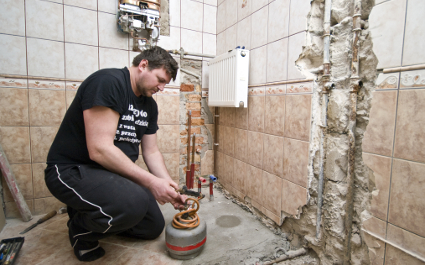 Almost one in four new children born in the UK is an adult from Poland, Romania or Bulgaria already working two jobs to send money home to his other family.

Mother Eleanor Shaw said: “The doctor warned me it was an unusual pregnancy, but not that the child in my womb was actually 25 years old, had a degree in data engineering from Krakow University of Technology and was working as an electrician until his English improved.

“He was very polite and said that we could give him a new name if Zdzislaw was too hard to say, but once they’d washed the blood off he was straight out because his van was outside and he’d left his tools in it.

“I’m not sure how I feel. I was expecting something cuter, but he’s offering £95 a week for the room and that’ll come in handy.”

A spokesman for the Migration Observatory unit said: “Getting across Europe can be a hassle so often it’s easier for immigrants to cast their souls into the ether, find a vacant womb and grow to maturity in situ.

“Often they’re actually already employed in the hospitals they’re born into, so it’s convenient for everyone.”

Ewa Bielicka of Reading said: “I love new father and mother very much for the opportunity they have given me to live here and work at Caffe Nero.