Every once good thing now ruined by fans of that thing

EVERY positive addition to the cultural canon has now been irreparably destroyed by its own fans, a new study has found.

Among the casualties are iconic franchises such as Star Wars, the Marvel Cinematic Universe and Doctor Who, which were all found to be victims of their most purportedly diehard fans’ twattery.

Professor Henry Brubaker of the Institute for Studies said: “Our research found that people who claim to be part of a ‘fandom’ are actually toxic individuals intent on ruining things for themselves and others.

“Can you really call yourself a fan if you make two hour videos titled ‘Everything Wrong with Black Panther‘ or start Twitter campaigns to destroy the life of a showrunner because he misremembered the backstory of a minor Dalek?

“If you find yourself suffering from a destructive obsession like this, the official medical advice is to get a f**king grip.”

Star Wars fan Joshua Hudson said: “I adore Star Wars so much that I sent some of the cast members death threats on social media because they appeared in an instalment of the franchise that I didn’t like as much as the rest.

Five friends your child will bring home from school, and how you'll loathe them 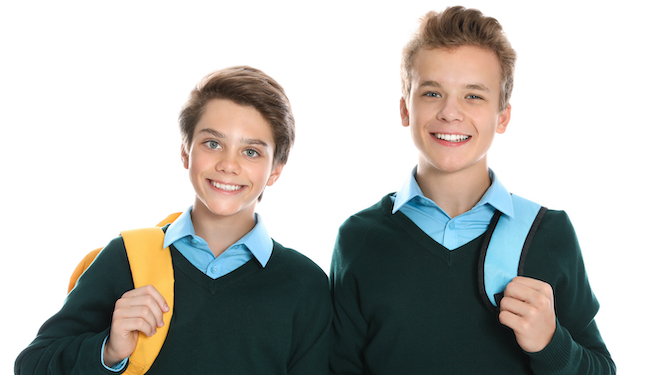 HAS your child just started a new school? Here are five types of friends they’ll bring home that you’ll have to tolerate:

The one with pushy parents

She’s spoiled rotten with new gadgets, long-haul holidays, and a packed social calendar. Her rich parents bought a second home in the school’s catchment area, change their cars every six months, and obviously judge your small semi when they come to pick her up. Soon, your kid will be spending the majority of their time at her house because she’s got a swimming pool.

He’s always waffling on about subjects even you know f**k all about, like Boolean logic, instead of getting covered in mud with the other kids. He’ll be bullied relentlessly through school, but will have the last laugh by growing up to become a millionaire tech entrepreneur while everyone else struggles in the gig economy.

After winning every event at sports day for three years in a row, she’ll piss everyone off further by being excused from most academic lessons so she can do extra training and get into Loughborough University on a sports scholarship. She’ll win an Olympic bronze, but because she was so dull, none of her schoolmates will remember her.

One boy in your child’s new friendship group is over six feet tall, wears size 14 shoes, grows facial hair at an alarming rate, has a deep voice and reeks of BO. What’s unusual about that, you ask. Well, he’s only 13 years old and he already has a more impressive beard than you.

The one you’re a bit scared of

Your middle-class snobbishness will come out when your child shows up with a lad you consider to be ‘bad’. He’s swears, steals from newsagents and trespasses on the railway line. He will train as a plumber, make a ton of cash and retire early while your kid is still figuring out what to do with their degree in Art History.