THE producers of The Expendables were last night facing a legal challenge from the parents of the film’s screenwriters.

The star-studded movie, billed as ‘the goodies have big guns and they fite baddies and there is exploshuns and it is good’, is set to be a box office smash.

But a group of angry parents is threatening to sue producers Millennium Films claiming they had no idea their children were working on the $80m feature.

“But then I found what turned out to be the final draft of the script in his PE kit. It was a single page of doodles in bright orange crayon with the occasional use of the words ‘boom’ and ‘aaaaaargh’.

She added: “I confronted him and discovered that he was being picked up from school by a limousine, taken to Heathrow and flown to LA for high-pressure script meetings with twitchy fat men in Hawaiian shirts.

“I don’t mind him writing a high-octane action adventure if that’s what he wants to do, but they should have let us know where he was.”

An industry insider said: “Most big budget movies are now written by children or animals. The Wedding Planner was scripted by a particularly stupid horse that pointed its hoof at a selection of six images in exchange for some beetroot.”

Expendables director Sylvester Stallone is understood to be a fan of child writers because when he is with them he gets to be the second or third tallest person in the room.

The summer blockbuster features every action star of the last century, from Steven Seagal to the ghost of Norman Wisdom. 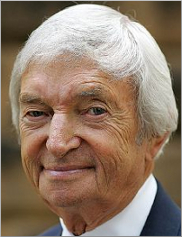 MORNING everyone, and welcome to a busy stretch of the M25 where some crazed lunatic has taken it upon himself to cut his fellow drivers up, with little or no consideration for other motorists. The consequences of the sort of driving we’ve just witnessed could’ve been disastrous.

But not quite as disastrous as the time Geoffrey Boycott ran local hero Derek Randall out in front of a packed Trent Bridge in 1977 – tragedy for the youngster, although unlike the mad driver, Boycott went on to score a century and didn’t get fined Â£750 for his troubles.

Statistics have shown that there are something like 2,500 deaths on the roads in the UK every year, mostly thanks to idiots like this woman driving a Range Rover in haphazard fashion – statistics to make anyone sit up and take note.

Speaking of statistics, it’s worth noting that the last man to score a hundred hundreds in first class cricket was Mark Ramprakash, who I’m lead to believe has never driven his vehicle in such cavalier fashion. Indeed, he seems to spend much of his time on reality TV shows, when perhaps he’d be better advised working on that lofted off-drive of his.

Just look at these two boy racers – they obviously fancy themselves as a couple of budding Lewis Hamiltons. Ignorant of their fellow drivers they’ve run several red lights and have already caused another five cars to spin off the road – it’s a miracle no-one’s been hurt. And that’s lunch here in the edit suite, as the runner brings in my KFC Bargain Bucket. Oh dear, that’s full fat Pepsi – didn’t ask for that – and looks like she’s forgotten the Vienetta too. The last time I felt this disappointed was when Jack Russell, the ex-England wicket-keeper and professional artist, turned down my offer to pose nude for him.

Whilst road safety is a deadly serious subject, it’s sometimes good to take a slightly sideways look at the crazy things that our brave traffic policemen see day in, day out. For instance, look at this old woman on her shopmobility cart, trundling along in the outside lane of the M62. You simply wouldn’t read about it, would you?

Ooh dear – tragedy there. I think it’s safe to say that the editorâ€™s decision to include footage of an old woman getting cleaned up by an articulated lorry is a poor one. Indeed, nearly as poor as Nasser Hussain’s decision to insert the Australians at Brisbane in 2002.

It just goes to show you that a motorway is simply no place for a woman of such advanced age and limited horsepower. In some ways it reminds me of an incident some time ago when I took part in a charity cricket match – usual sort of thing, mixture of celebrities and ex-players. Stephen Hawking came in at number four and I donâ€™t mind telling you the running between the wickets was absolutely appalling.