THE latest instalment of the video game Fallout is set in and around 21st Century Carlisle.

Previews show the hero fighting off massive rats round the back of Iceland in Lowther Street for a defrosted kebab pizza and then being chased by a pack of dogs.

Developer Nikki Hollis said: “With state of the art graphics we can really capture the experience having to live in a barbaric cul-de-sac of despair in a country that’s completely fucked.

“I spent over a month animating the empty Greggs wrappers that blow around the landscape like little grease-stained ghosts.”

The main plot of the game involves getting together enough cash to escape from Carlisle on a train before your character dies of congestive heart failure.

New features include a multiplayer mode that allows you to kick off outside nightclubs, betting shops and primary schools. 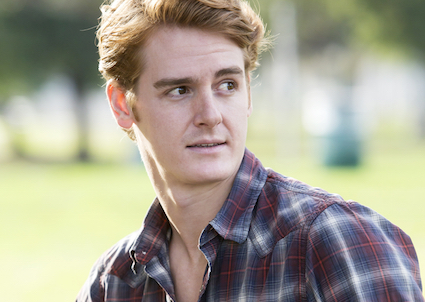 A 31-YEAR-OLD man who regularly wears plaid shirts is misrepresenting himself as rugged.

The manliness of finance analyst Tom Logan has come under scrutiny after his family told press that he wears chunky flannel shirts with the sleeves rolled up to disguise himself as outdoorsy.

His father Nigel Logan said: “Tom is living a lie. He comes from a long line of weedy, pallid men who are shit at lighting barbecues.

“By wearing these shirts in public, he is essentially trying to disguise himself as a tough and practical alpha male, such as Desperate Dan or Steve Jones from T4. It’s just not on.”

Logan’s adopted brother Stephen said: “The irony is that I am actually a quarter lumberjack – my grandfather was a Canadian logger.

“Whenever I leave the house with Tom, he always tells me, ‘Don’t blow my cover – if anyone asks, I chop wood for a living'”.

Logan himself said: “I don’t care what my family says – I am a lumberjack.