Final twist of Killing Eve is that it's b*llocks

KILLING Eve fans have been left gobsmacked by a twist ending in which the show was revealed to be cobblers and they were idiots for watching it.

The sexy spy thriller concluded with Eve Polastri appearing to be dead when she obviously is not in a cliche so tired it made millions of viewers realise what morons they had been.

Fan Emma Bradford said: “I’d thought so long and hard about the show I’d decided there were twin Villanelles working together in a master illusion so the revelation that’s it’s all b*llocks was a brilliant surprise.

“Like all incredible twists they’d been laying the groundwork since season one, when the show was dumb twaddle from the first episode. Seriously watch, it’s all there.

“I’d expected the two of them to escape Rome, but then it turns out I am a dunce for slavishly following a comedy version of Spooks.

“That was a bigger turd than the final episode of Sherlock. And that’s a real achievement.”

A BBC spokesperson said: “In season three we’re considering having Eve and Villanelle flying around in a giant Zardoz head, just to see if we can get away with it.” 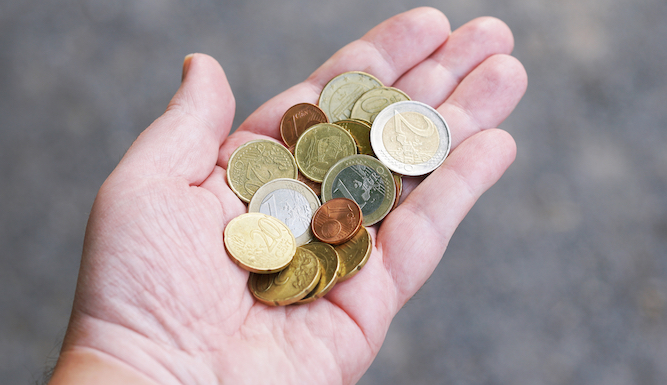 BRITONS have asked their government if it would mind not sending the pound into freefall right before their summer holidays every bloody year.

Threats of a no-deal Brexit have once again sent the pound plummeting against the euro, the dollar, the Turkish lira and all other currencies of hot countries where the UK has two weeks booked.

Tom Booker of Derby said: “It might be nice to have one holiday where the government isn’t snatching cocktails from my hand and dashing them to the ground. Just one.

“Instead, ever since 2016, the Tories decide to engage in July-August economic brinksmanship and I run out of spending money four days before my flight, while the Germans watch and laugh.

“I suppose last year they did vary things a bit by sending the pound into freefall at the beginning of December last year, depriving thousands of kids visiting Lapland of a reindeer feeding experience. So that was good of them.”

Chancellor Sajid Javid said: “Thing is, politics is a bit boring in summer so we play a game of chicken with the Eurozone’s larger economies to keep our adrenaline up.

“If it’s ruined your holiday it serves you right for not choosing a patriotic British break. We’re dynamiting the Channel tunnel next year anyway.”