LOVE loud noises and people punching each other, but hate believable plots and dialogue? Here are five f**king stupid movies for the brain-dead:

The moment Hollywood first discovered that muscles and a post-mortem one-liner delivery system beat acting any day. Unbelievably homoerotic, full of stupid quips and stupider fights, starring a man with a heavy Austrian accent that goes unmentioned, Commando is a humourless bloodbath that will reduce your IQ to double figures.

It’s a pun? Because they’re on a ‘cruise’ ship? If you just got that now, this film won’t be an insult to the brain. No Keanu, Sandra Bullock now with another bloke saving mass transit passengers from disaster: it equals a film too bad to be so bad its good. Instead, it’s so bad it f**king sucks.

How do you make a movie about saving the earth this dumb? Michael Bay. If you want to spend your evening splayed out without thought, letting the nonsensical idea of sending miners to space and cheesy Aerosmith first-wedding-dance songs roll over you, you’ll get through it. You’ll just never do Sudoku again.

Asks the questions we were all asking in the 90s – what if a cop went back in time? And what if the cop was played by a Belgian narcissist with a palpable disdain for acting? And what if the plot didn’t make any sense? The answers are here for anyone who thinks they can survive it.

Face/Off is a better film the thicker you are. If you’re comprehensively moronic, it’s a f**king masterpiece. You won’t question why Nicolas Cage’s wife wouldn’t notice that her husband suddenly had John Travolta’s body, or how two men with different bone structures swap faces so seamlessly. You may even – God help you – think it’s clever.

Queen does back in fly-tipping 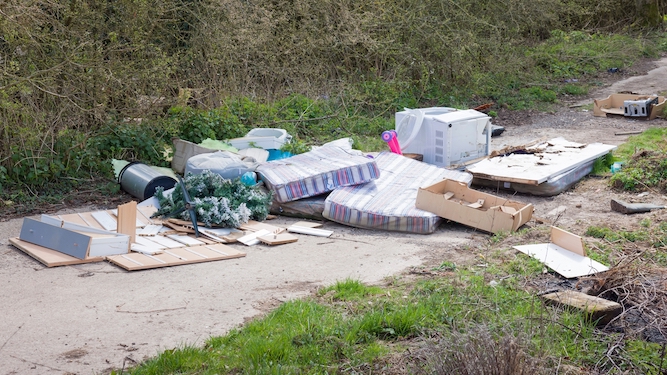 THE Queen missed yesterday’s Remembrance Day parade because she had sprained her back dragging soiled mattresses into a lay-by, it has emerged.

Her Majesty, who has recovered from the cold she picked up while working as a security guard on a building site, was expected to attend the ceremony but injured her back while wrestling crap out of a van.

A spokesman said: “Her Majesty was making an unofficial visit to Stoke-on-Trent with her equerry to dump a load of shit they’d found in a garage in Windsor Castle, because she has a hooky consignment of 2,500 novelty mooning Santas arriving and needs the space.

“She identified a lay-by those sneaky twats at the council have yet to put a camera in and she and Gav proceeded to park up to get it all out of there toot f**king sweet before the pigs came.

“Unfortunately she was unaware the mattress, which was in a right state and stank of urine, was trapped beneath a rusted, broken cement mixer and when she gave it a yank her back just went.

“She has been in agony ever since and will be laid up for the next fortnight. Or the next six weeks, according to her claim for incapacity benefit.”

A wreath was laid on her behalf by her son, the Prince of Wales, who was visibly tired after a late night running an unlicenced burger van on the A120 near Stanstead Airport.