Five amazing stories from history that we didn't fact check

LOVE history? Don’t care about it being 100 per cent correct, or even half correct? Here are five stories we didn’t fact check at all:

Before the advent of plastic or metal, medical materials had to be made from wood – and that included breast implants. This American hero frequently wore them at parties and even while he was signing the Declaration of Independence. Fascinating.

This French queen was famously empathetic, and after hearing of the plight of the starving peasantry, she decided to quit her diet and start eating cake again to show her gratitude for living in a fancy palace. From then on, everyone in Versailles cleaned their plate, or they were sent to the guillotine.

Despite living in a villa, Nero was a huge fan of house. He took the sick beats of collapsing buildings and screaming citizens and turned them into a truly unforgettable dance track. Two thousand years later, we’re still waiting for the drop.

Turning up at the place where a fierce battle had been fought months previously, Lincoln had a raging hangover and hadn’t prepared anything to say. Luckily, he was a fantastic improviser and came up with ‘fourscore and seven years ago’ on the fly. He did an interpretive dance afterwards, but his secretary neglected to write the moves down for posterity.

One of history’s most famous kings, Henry VIII, had to ask permission from the Pope to get an additional four legs added to his obese, turkey leg-bolstered frame. When the Vatican refused to recognise his request, England split from the Catholic Church and he established the Church of Scientology.

What will be on Nigel Farage's undoubtedly shit new show? 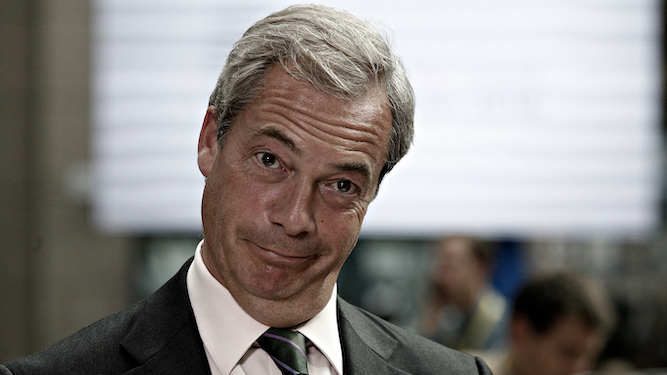 NIGEL Farage has been drafted in to improve ratings on GB News, but what will his new talk show consist of? Here’s a good guess:

Not taking the knee

Not taking the knee isn’t really a thing, like not going to the cinema or not collecting stamps. So this will presumably just be Nigel standing up or sitting down. Excellent telly.

The worst guests in the world

Normal TV shows try to have a variety of guests. This won’t. It’ll be the same tossers: Laurence Fox, Melanie Phillips, et al. Even Mark Francois may not wish to be associated. Certainly don’t expect Graham Norton on the sofa amusingly bantering with Scarlett Johansson.

One critic compared the production values of GB News to those of a community radio station. This is quite generous because, technical problems aside, at least community radio isn’t obsessed with ‘culture wars’ to the point of psychosis.

Please let this be the case. Nigel could do a fun round-up of this week’s news called ‘A Week in woke’. A bit like Jay Leno, but with precisely zero viewers.

Just a guess, but Farage’s show will focus on precisely the talking points you’ve heard a million times before: ‘cancel culture’, is Black Lives Matter a Marxist movement, etc. Maybe he’s got something different in mind, like a wide-ranging discussion of British colonial history with Oxbridge academics, Benjamin Zephaniah and Bonnie Greer, but don’t count on it.

You’d expect Nigel to plug his pet project endlessly, but it’s all going a bit wrong. So instead of UKIP types, the show’s entire audience is likely to be Farage-haters and people watching it ironically.