Five famous actors your mum can't remember the name of

OUR nation’s mums are not always what you’d call cinephiles. Can you decipher which famous actors they’re talking about here?

1: You know him, the one with the voice. Oh he was good. So sad that he died. He was in that film where they were all in the forest for ages. And Bryan Adams was there. Did that other one with the man in the vest who was always saying ‘yippee’. He was so naughty in that. Also pretty sure he was in a ‘Harold Potter’.

2: The bloke with the mole. He’s really rather good. You’d like him. Tom or Bob or something. I think he used to drive a taxi. Did all those gangster films and the one where the man had to meet his girlfriend’s parents. I forget what it was called.

3: Ever such a big fella. And the muscles on him. Seems like a lovely man. I saw him on the side of a bus. I think he’s basically in everything. Pretty sure he used to do sports as well. Legs like tree trunks. Makes my tummy feel funny when he comes on the telly.

4: He does a lot of theatre. Is he gay or is that the other one? He did that movie with all the midgets and the dragons. Had a big, white beard like Santa.

5: You dad doesn’t like him – says he’s always tap dancing. Singing too. You actually can’t stop him from singing. It’s dead annoying. He was in the one where he ran away with the circus. And that weird one where he had scissors for hands. Or am I thinking of another one?

6: The really, really nice man. He did the one on the island. Blimey, he had hell of a time on that. It looked dangerous. And the other one, before that, where he played the piano with his feet. Now THAT is talent. I think he was the first man to get Covid too. I do hope he’s okay.

Not thanking a driver who's let you through, and other minor slights that should carry the death penalty 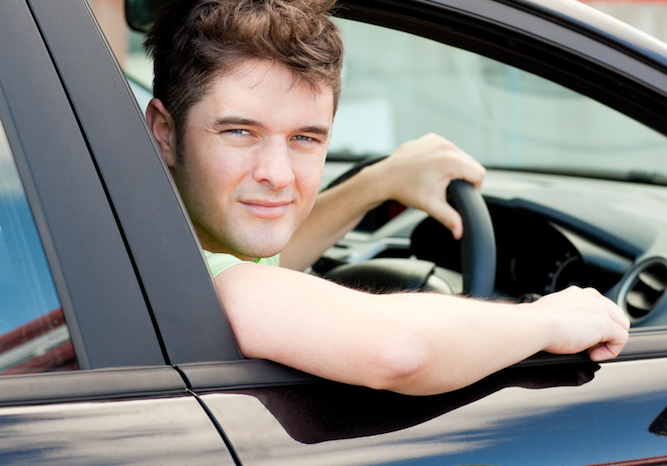 CAPITAL punishment can seem harsh, but the following non-criminal offences should undoubtedly lead to the death penalty without the need for a trial.

Not thanking a driver who’s let you through

Who the hell do you think you are? Somebody showed you the consideration of pulling aside to let you pass, but a mere lift of the hand in acknowledgement proved too much effort. Get out of your vehicle and into the electric chair.

Getting served ahead of your turn at the bar

There is nothing worse than waiting an eternity for your turn at a crowded bar, and then being spoken over by some prick waiving an American Express card who fails to notice the evil stare you have fixed on them as they order first. If this is you, go and hand yourself in and do not expect to barge another queue again.

Passing wind when accompanied on an elevator

Letting off a smelly one – whether deliberately or accidentally – when crammed up with someone else in an enclosed space is another misdemeanour that definitely merits the death penalty. For an act that leaves some poor soul struggling to breathe, suffocation seems the most appropriate punishment.

Anyone who corresponds in capital letters probably spends too much time on online forums trying to maximise the amount of hate that they spread with a horrible insult by pressing caps lock before typing it. If you are guilty of this, NOW IT’S YOUR TURN TO DIE.