FOND memories of the golden age of MTV? Wrong. It was full of wild and terrible shite like this:

Dancing in the Street – David Bowie and Mick Jagger

Generations raised in the 80s thought Bowie and Jagger were uncool twats for decades after this. Rock royalty should be too big to fail, but prancing like drunken uncles at a wedding in a blouse and a leopardskin jumpsuit with trenchcoat did what cocaine, Nazi salutes and Altamont couldn’t. Disturbing, batshit and humanising.

Nothing Bad Ever Happens to Me – Oingo Boingo

A man gets out of a bath that immediately sets on fire. A small person sits in a crib dressed as a baby. Three singing heads are served up on a platter for three women with awful hair. It’s a four-minute, low-budget David Lynch film but shown to kids during the day.

You Spin Me Round (Like a Record) – Dead or Alive

It’s nice to think someone heard this song and realised the music video had to be the band on a lazy Susan being slowly wrapped in toilet paper. Pete Burns dancing around in purple pyjamas and an eyepatch solidifies its status as the kind of video you have unsettling dreams about being trapped in.

What could be a touching tale of growing up being watched over by a mediocre 80s soft rock band is made downright weird by the inclusion of some dire special effects, including a JPEG of a candle floating out of a window and a man opening shutters, seeing a host of static-faced people and smiling approvingly.

During this wildly overwrought power ballad, Bonnie remembers her time teaching at a mental asylum which had been turned into a boarding school for possessed children with glowing eyes. A commonplace experience of the times, though f**k all to do with the actual song. 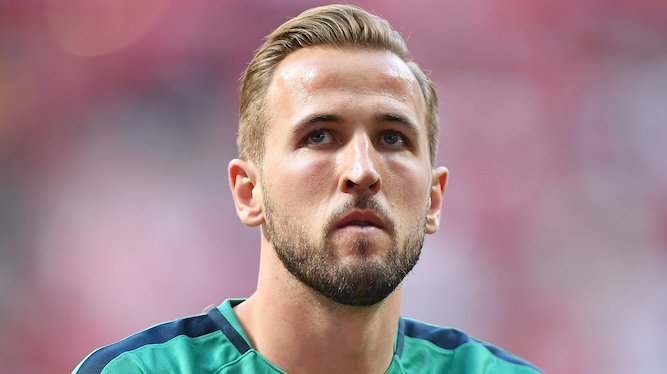 ENGLAND captain and striker Harry Kane is an ornamental flourish like the silver lady on the bonnet of a Rolls-Royce, Gareth Southgate has explained.

The manager has silenced calls to drop Kane for another striker by making clear that he is not in the team to score goals but as a living embodiment of everything great about English football.

Southgate continued: “Just look at him. Proud, upstanding, unquestionably British with a name like a Roy of the Rovers character. How can we not profit from his presence?

“That square jaw, that classic blonde hairline, the sheer dogged never-give-up Dunkirk spirit in his eyes. That’s why we play him up front, so the opposition know what they’re dealing with. Goals are irrelevant.

“His whole career is a fairytale. Like all the greats, he could move to a big club and win trophies but instead he loyally stays with his village team, Tottenham, even though he knows he’ll never win anything.

“Like the Spirit of Ecstasy on a Rolls, he heralds. He inspires. He personifies English football. Sterling can stick it in the net when necessary, he doesn’t mind hard work.”

Fan Nathan Muir said: “What a fantastic team we are, that we can afford just to carry a player. It’s like Beckham in 2002.”