Five musical acts you wouldn't see if they paid you 3,000 quid

BRUCE Springsteen has been criticised for tickets being on sale for $4,000. But at least people want to see him. Here are some artists you wouldn’t watch even if the transaction worked the other way round.

Pop goblin Ed continues to coin it in with his winning formula of bland mum-music. For non-fans, Ed would have to pay you to attend and you could labour through it imagining it was some handy, well-paid overtime. He’d probably be playing Wembley Stadium, so three thousand wouldn’t cut it. He’d have to offer you another ten grand to cover parking and a hot dog.

Madonna is beaten only by the Queen for the number of ‘Doesn’t she look amazing for her age?’ comments. But it doesn’t mean you’d want to see Elizabeth II in an eyepatch and suspenders singing Like a Virgin. Also we’re surely nearing her next ‘reinvention’. What will it be? A giant frog costume? Joe Biden in a codpiece? A ‘sexy pensioner’ act fellating Bourbon biscuits? Madge had better get a direct debit payment sorted.

S Club However Many There Still Are

Amazingly still performing, now as a two-piece. Everyone left and Jo – the only good singer – made the mistake of being on that racist series of Celebrity Big Brother. You’d definitely need paying to watch Bradley and Tina slogging through Don’t Stop Moving while you slowly clap after each song. The gig might even be in your living room. Maybe against your will. Because they can’t book anywhere else.

You’d definitely see him in a smoky folk club in New York in the 60s. But you’re not so keen to experience him now from the upper tier of a soulless, cavernous arena. Also he’s essentially an ill-tempered grandpa – who seems angry you’ve visited and woken him up – singing unknown tracks from his very worst albums. Just download his Greatest Hits instead, it’s only £8.99. He can’t complain – he did argue that The Times They Are a-Changin’.

Elvis Presley died on the toilet in 1977, so it’s best not to be reminded of his last fatal bowel movement watching a tribute act shake his chubby hips to Burning Love in the corner of a Wolverhampton pub. Tribute acts – ‘Noasis’, ‘Kaiser Thiefs’, etc. – abound and often aren’t that cheap for a wholly fake experience. Looks like the ‘Foo Fakers’ will need a Kickstarter if they want you to turn up.

Australia dismantled now Neighbours is over 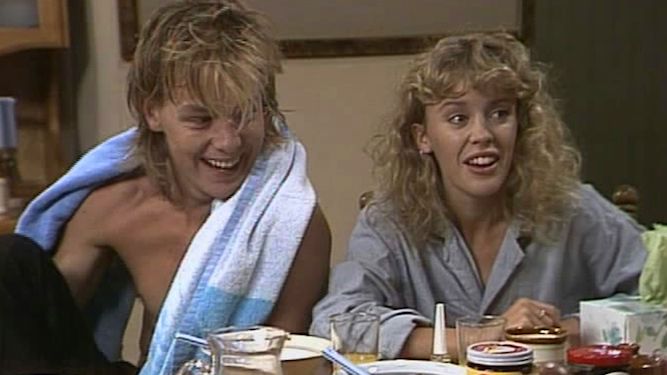 THE country-sized set of Neighbours is slowly being dismantled and packed away now the soap is over, it has emerged.

With the last episode of Neighbours having gone out, Australia is slowly being taken apart and put into storage because it is not needed for anything anymore.

Set designer Ryan Whittaker said: “A lot of people think Neighbours is just the fictional cul-de-sac of Ramsay Street. But to make that seem believable we had to build everything from Perth to Tasmania, which took ages.

“People said we went a bit overboard constructing a set which measures 7,617,930 square kilometres for a soap only students and bored housewives watch, but considering it lasted for 37 years and nearly 9,000 episodes I think that’s time and money well spent.

“Now Neighbours is over though we’re hard at work sweeping up the Outback, demolishing the Sydney Opera House and airlifting Uluru into a big box. Once we’re done you’ll never know Australia was there. It’ll just be loads of water.”

New Zealand resident Mary Fisher said: “I have waited so long for this glorious day. They were a right pain to live next door to.”