WITH the 25th James Bond film on the way, certain awkward questions about the long-running franchise really need answering. Here they are.

How does Bond dump women without a horrible row?

Bond has not only had sex with them, but also shared bonding experiences. It’s hard to believe Pussy Galore would take being dumped lightly, and at the very least would pour paint on his Aston Martin.

How much training do you need to be 007?

It’s fine that Bond is a good driver and marksman, but how long would it also take to learn: fencing, flying a plane, flying a helicopter, all card/casino games, scuba diving, numerous technology skills and martial arts – all while becoming an expert on alcoholic drinks?

Does he get confused by people changing their appearance?

Bond continuity is a massive dog’s dinner, even if 007 is a codename for different spies. All you can really do is ignore it, unless Bond is going to have a deeply awkward conversation with Felix Leiter, asking “When did you become black?”.

Is world domination really worth it?

The overheads of running a secret base in a volcano must be crippling, and it just attracts attention from Bond, the CIA and attractive women you’ve wronged. Blofeld et al could simply set up something equally lucrative like Just Eat.

Does he have erection problems?

Bond is a heavy drinker and most blokes would find it hard to get it up after stressful experiences like almost being killed in space. Even with Moonraker character Dr Holly Goodhead. Not to mention her very distracting name. 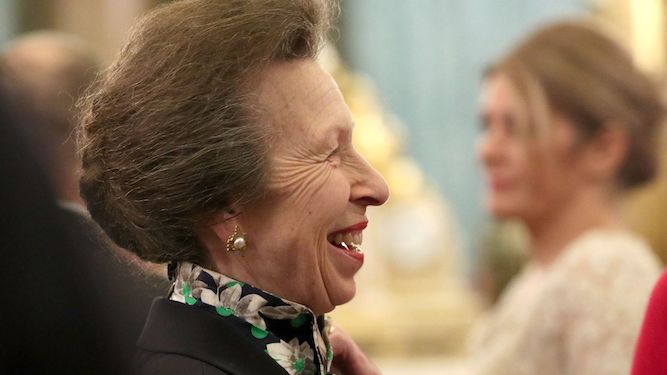 THE ROYAL family has gone to sh*t but the Princess Royal is actually alright. Here’s why:

She can’t be ars*d with Trump

It might be nothing personal. Having met a minimum of ten presidents, they’re as interchangeable to her as Starbucks baristas to us. But it’s equally likely she can see straight through the orange gobsh*te.

She still gets told off by her mum

Aged 69 but still boll*cked by a 93-year-old, Anne is all of us at Christmas being told that we’ve never been able to draw curtains properly. This year, when you’re being nagged for still smoking, think of Princess Anne, light a big cigar and ignore.

Her Christmas speech would rock

No vague platitude for Anne. Instead, she’d list all the different pricks she’s had no time for over the last year, including members of her own family, then tell us all to get our bloody fingers out and do some charity work like she does.

She has magnificent hair

No other member of the Royal family has even managed an attempt at a hairstyle. The Queen has a signature headscarf, for God’s sake. Then in strolls the Princess Royal with a magnificent 50s Teddy Boy bouffant, sneering at Kate’s apologetic Home Counties do before kicking a jukebox.

There is no firmer way to say ‘this whole thing is bullsh*t’ than to make sure your own kids are well out of it, as Anne has. Both kids work, Zara has won medals and married a rugby player, neither seems to have any desire to be Eugenie or the other one.

She killed a kidnapper with her bare hands

Perhaps a slight exaggeration. But imagine if they’d tried to kidnap Charles. He’d have been led meekly away while asking the kidnapper if he could interest him in organic farming. At least Anne had the good sense not to be keen.