THINK you’d be a breakout reality TV star like Rylan? Here are five shows you’re deluded enough to imagine yourself on:

As a child you used to occasionally make very basic flapjack and now you reckon it would be a short leap to constructing profiterole pyramids and triple-layer mille-feuille in the Bake Off tent. The sad truth is it’s easy to muddle up a natural ability to bake the kind of Showstopper cakes that Pru and Paul love with a natural ability to eat limitless amounts of them.

You like to imagine yourself looking stoic and cool as you chow down on goat arseholes and tarantula legs. But given that you scream yourself silly if you see a tiny spider on your bedroom ceiling, it seems unlikely you’d be much use in the jungle. A more realistic vision is you bitching and moaning even more than Gillian McKeith.

As soon as the theme tune kicks off, you’re wracking your brain for the amazing talent you could bring to the show. You’re not sure ‘flawless aim when pissing’ or ‘ability to sleep through any number of alarms’ would make good telly, but you can’t help but picture the one-sided smile creeping onto Simon’s lips as he declares that you are the future of British [insert-whatever-the-f**k-here].

It’s hard not to imagine yourself kicking back by a pool with a hand-picked selection of Britain’s hottest people. It’s just that, in your head, you believe you’d look like them, forgetting that they’d be the worst people to stand alongside in swimwear. And none of them would fancy you. Those night-time cameras would catch you doing nothing under the covers but crying about how fat and lonely you feel.

Whenever you watch TV, you test out a few witticisms in your head, imagining the UK public charmed by your pithy remarks about the cleavages in Bridgerton. In reality, you’d be captured gawping at the telly like an idiot, the perfect silence from your sofa broken only by the sound of you and your partner loudly chewing your way through a whole pack of Oreos.

Cost of living not worth it 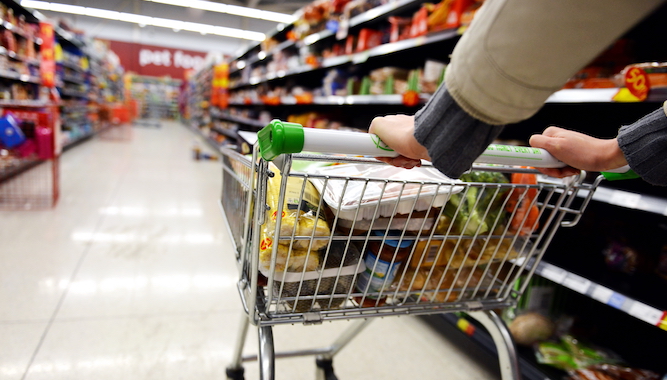 THE amount it costs to be alive in Britain in 2022 does not offer value for money, it has been confirmed.

With the price of food, rent and utilities continuing to go through the roof, people in the UK have realised the cost of living does not provide a good return on investment and they should no longer bother.

Tom Logan from Peterborough said: “If you were forking out a fortune for such a shit experience in any other financial transaction you’d ask to see the manager for a refund. And you’d deserve it.

“But I can’t even tag anyone to publicly shame them on Twitter because the cost of living crisis is complex and nebulous and indicative of the inherent flaws of late-stage capitalism. Which is annoying.”

Nikki Hollis from Doncaster said: “Energy bills going up by 65 per cent? F**k that. I’ll just carry on paying the old prices, which were still ridiculous but much fairer in comparison.

“Then when all my money runs out I’ll neatly tuck myself under a bridge and slowly die. Being dead doesn’t cost a penny and you get to do it forever, which is a really good deal if you ask me.”