ANNOYED that a royal funeral has steamrollered the BBC’s Saturday afternoon schedule? These are the shit programmes you were never going to tune in for anyway.

Watching two teams of collectors sift through an antiques fair for 45 minutes to net a profit of £12 is about as fun as it sounds. And without David Dickinson hosting the show there isn’t even the appeal of marvelling at his odd appearance.

The only thing more boring that watching football is watching people talk about football. Football Focus is the worst of all because they’re looking ahead to the week’s fixtures so it’s imaginary football that hasn’t even been played yet. Trying to catch Wills and Harry giving each other evils is a way better spectator sport.

You’re usually down the pub instead of watching amateur cooks clumsily slice an onion, and for a reason: it’s not good telly. Rylan’s hosting it now, although if Ainsley Harriott’s relentless enthusiasm couldn’t tempt you to watch then nothing will. Also it’s a repeat, because nobody watches TV at this time.

Watching presenter Sarah Moore try to upcycle a rusty watering can into a chic bedside lamp is an upsetting experience, not least because she has the energy of a sentient puppet that’s broken free from its master’s strings. And while the handsome chap from The Repair Shop is in it, he just looks like he’s killing time.

Escape to the Country

The last time you watched Escape to the Country you had a heart attack out of rage because the house buyers were so insufferably smug. If anything it’s fitting that Prince Philip’s last duty to the public was bumping this arrogantly privileged property show from our screens. RIP, hero. 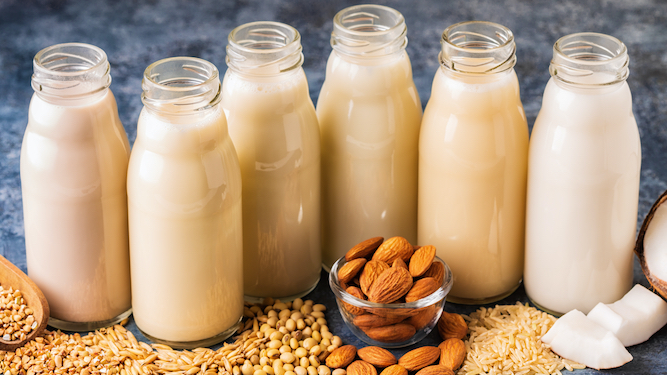 THE majority of conversations in London focus solely on comparing the merits of various milk substitutes, it has emerged.

A study which gathered a random group of people who all live in the city found that they were having a tedious discussion about whether a hemp milk flat white was better than an oat milk flat white within minutes of meeting.

Professor Henry Brubaker of the Institute for Studies said: “The results further confirm what we’ve known for a long time, which is that people who live in London are pretentious twats who will get obsessed with any old shite if someone else tells them it’s cool.”

Study participant Lauren Hewitt from Clapham said: “When my friends and I aren’t swapping seitan recipes we spend hours debating which bean, seed or nut is best suited to being blasted with water to create a wildly inferior version of milk.

“We can’t drink actual milk obviously, because vegan ethical environment allergies. But with so many alternatives out there, how can you settle on one without worrying your mate likes a cooler one?

“And we do also take a lot of recreational drugs, which might explain how we manage to find these conversations anything other than incredibly boring.”