Five songs that are so overplayed you'll want to top yourself

AFTER Chasing Cars by Snow Patrol was somehow named as the most-played song this century, here are some others that will make you want to cut off your ears and burn them.

It was tolerably enjoyable in 1995, but that was 24 years ago now and it is still played on heavy rotation and sung at every opportunity by drunk blokes. To this day, no one has the faintest idea what a ‘wonderwall’ is.

This gloopy rock anthem had almost faded away until it was resurrected by hideous high school musical show Glee in 2009 and became a firm favourite with pissed-up hen do karaoke nights. It should have been left to die with dignity. Or slowly and painfully.

The bland yet mysteriously globally adored Adele honked out this nugget of misery in 2015 and it hasn’t gone away four years later, even though most people who hear it want to stick their head in an oven. Even an electric oven, to toast themselves to death. It’s that bad.

Is this song constantly playing in every shop in the UK or does it just feel like it? Either way, the ‘happy’ aspect of it wears off once you’ve heard it for the 237,000,000th time and start having detailed fantasies about murdering Pharrell. Let’s see if he’s so ‘happy’ then.

All I Want For Christmas by Mariah Carey

Even though it’s only played during December, everyone on the planet must have heard this song more times than is good for their sanity. Close contender with Noddy Holder and Slade for making you want to impale yourself on a Christmas tree. 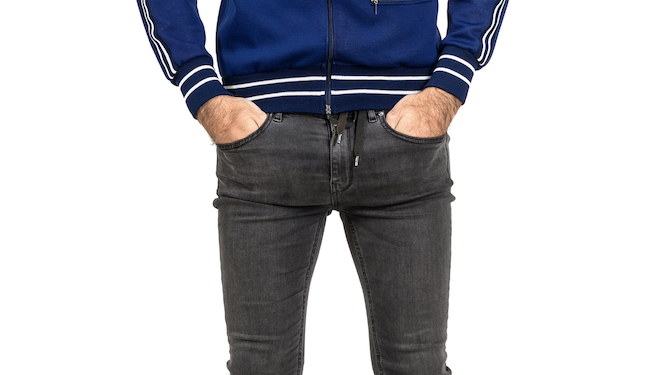 A 32-YEAR-OLD man has spent the last three hours trapped inside a pair of super-skinny jeans in a changing room.

Tom Booker tried the jeans on in an attempt to look cool for a date with a younger woman but has now lost all feeling in his left leg and fears his buttocks have become welded together.

He said: “I’ve tried everything. Wiggling, rolling, lying on the floor and inching them down, but nothing works. They won’t budge.

“How do the young get out of them? With a couple of fish slices and assistance from friends? My legs look great but it turns out I’ve got a rather larger arse than I ever realised.

“I tried banging on the cubicle walls to get help from other customers but they told me to p*ss off, and obviously the assistant out front of the changing rooms is uninterested and ignoring me completely. This is Top Shop, after all.

“I can’t walk out without amputating a knacker and I’m not calling a fire crew to cut me out. These jeans cost £35.99.

“I can’t feel anything below the nipples now. I should never have strayed from my Burton’s bootcuts. I love you, bootcuts. It shouldn’t have ended like this. I’m sorry.”