THERE are profoundly moving pop masterpieces and there’s All Saints’ Never Ever saying ‘the alphabet runs right from A to Z’. These lyrics also state the obvious:

‘Put a gun against his head, pulled the trigger, now he’s dead’

Thanks for talking everyone through that sequence of events. It didn’t seem likely the guy had got up and gone to get a plaster. The rest of the song makes up for it by being baffling nonsense howled by a choir of thousands.

Was Johnny warning a junior Cash not to touch the gas ring? Did his warning need to be so catchy? It’s a fairly basic fact to need to establish. To pad things out, he could have added ‘walk around it at a safe distance, call the fire brigade, and keep fireworks in a tin.’

‘We are family, I got all my sisters with me’

We Are Family, Sister Sledge

To be fair, if you were unaware that Sister Sledge were four sisters called Sledge in 1978, this song would have effectively conveyed that. In the 43 years since that’s become accepted fact and unnecessary to mention and yet the Sledges are still on about it on every oldies station.

Thanks for imparting that valuable information, Robbie. A real wake-up call for anyone who wrongly believed that you were welding a panel at a light engineering works. We could tell you were singing your song. Do you know why? Because we were listening to you do it.

‘I fought the law and the law won’

I Fought The Law, The Clash

Any individual going up against the police and legal system has the odds stacked against them. Even more so for punks with socialist ideals going against Thatcher-era Britain. It’s a David v Goliath fight, where Goliath is 110,000 police officers armed with truncheons, riot shields and very few doubts about violence. The winner was pre-ordained.

Should you get three weeks paid leave to bond with a new pet? F**k no 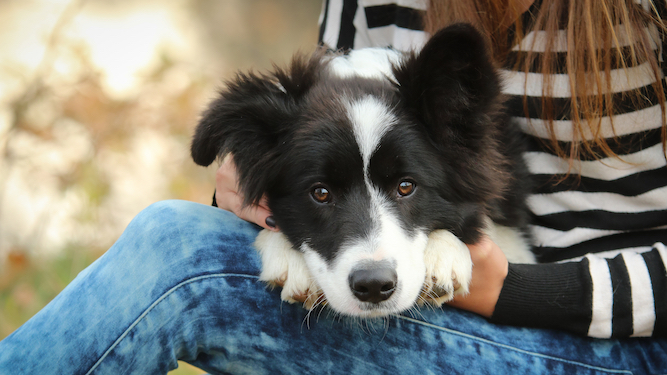 YOU’VE got a new puppy. Should your employer give you three weeks paid leave to enjoy learning to live and grow together? F**k they should:

You wanted the bloody thing

Yes, people want children and get time off for them. However newborn babies require much more care than puppies and play an important role in perpetuating the species. Your cockapoo has no such merits. It’s like asking for three weeks off because you’ve got a PlayStation 5.

No matter how caringly you raise this thing, it’s got limits. It’s never going to grasp mathematics or language or why nobody else is enjoying the sweet fragrance of bull mastiff piss on that postbox. What will three weeks really achieve?

If it wrecks your shit that’s your problem

Chewed-up cushions? Vomit on carpets? All because your nervous puppy’s been left at home? Sounds bad, but three weeks at home’s going to do nothing but convince it you’ll always be there, dogs are thick like that. If you don’t want your dog to wreck your house, don’t have a dog.

The right is too easily abused

It’s not a friend. It doesn’t understand you. It’s only always there for you because it’s locked in your house, and it only loves you because you feed it. You don’t need three weeks leave for that crushing realisation to hit.

Absolutely f**king not on that basis alone.