EASTENDERS is back with a bleak lockdown storyline, but there are surely many more pandemic possibilities. What about these?

Ian Beale runs the caff from a ventilator

Long-suffering Ian is on the cusp of fatal lung collapse, but still has to make fried egg sandwiches while breathing artificially. And no level of suffering is too great for Ian, so his wife is banging an Amazon driver and he’s disfigured in a freak teapot accident.

Phil’s frustration at not being able to get oven chips delivered inevitably leads him to crack open the whisky. Soon he’s hogwhimpering drunk and planning a bank robbery before psychopath son Ben pulls away a jack in the garage and leaves him trapped under a Ford Galaxy.

Kat cheats on Alfie with the Chief Medical Officer

After going to A&E with a cough, Kat Slater starts sleeping with Professor Chris Whitty. Mick Carter accidentally shows one of their sex tapes in the Queen Vic, leaving Alfie humiliated in front of all of Walford. Ever-loving Alfie forgives Kat, and they decide to make a fresh start, but there’s just one problem – she’s dead.

The Fox-Hubbards start manufacturing hooky hand gel but so is Sharon Mitchell and a turf war begins. Sharon calls on her family’s underworld connections and gangsters give Richard Blackwood compound fractures in both arms and legs which is tough to do when the actors are all socially distancing.

Max gets buried alive again, but this time with Covid

The greatest and most plausible ‘Stenders storyline ever was Max Branning being buried alive in a coffin by his wife. Now Max is back, restarting his affair with Stacey but history repeats itself when his new girlfriend buries him in a wood in Essex, where he slowly coughs himself to death. Scheduled as the Christmas Day episode. 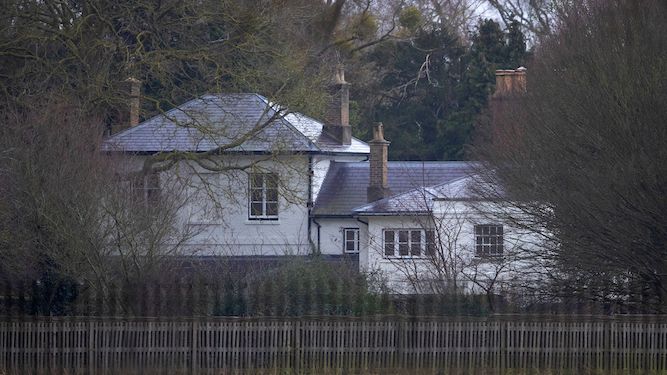 FROGMORE Cottage has been listed on holiday rental service AirBNB, it has emerged.

The five-bedroom cottage on the Windsor estate is listed as ‘steeped in Royal history’, ‘handy for Heathrow’ and ‘ideal for family holidays or weekend get-togethers’ by the hosts.

A spokesman said: “The hosts have remained anonymous, but live in the Santa Barbara area of California and have confirmed they are free to do whatever they want with the property since they paid for it.

“They were particularly keen for the property to be available to tourists of non-white origin so they could ‘see how the old bastards like that’.

“It’s already fully booked into next year and they’re hoping to recoup the cash they’ve spent on renovations within a year, after which they’re considering turning it into a benefit hostel.”

19-year-old Oliver O’Connor of Basildon said: “We’ve got it for next weekend. There’s about 60 of us coming loaded up with booze, weed and nitrous oxide whippets.

“Place is gonna get wrecked. Didn’t want the feds to be able to trace us, so I booked under the name ‘Wills & Kate’.”