Game of Thrones to kill off several major fans

THE next season of Game of Thrones will see the death of some of the programme’s biggest fans.

Following the bloody finale of the fifth series, in which a host of main characters were shockingly dispatched, the show’s producers have announced that several viewers will be gruesomely killed off during season six.

Creator George RR Martin said: “I’m hugely excited about it, because, as everyone knows, Game of Thrones obsessives are some of the most tedious and irritating human beings on the planet.

“To devise and oversee the murder of vast swathes of them will be great fun for me.”

Game of Thrones super-fan Julian Cook said: “It’d be awesome if I die in a really cool way, like getting torn apart by wolves or shagged to death.

“I abhor spoilers, though, so if I am scheduled to die, I don’t want to know about it until I actually see it for myself on the show. But, obviously, at that point I’ll be dead, so I’ll be unable to watch it.

“Anyway, I’m sure we can work something out.”

Corbyn in last-minute bid to be completely ignored 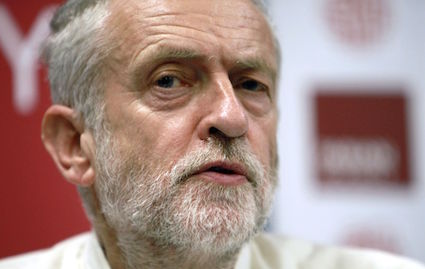 JEREMY Corbyn is fighting to secure the 35 nominations he needs to fail in his leadership bid.

With Andy Burnham, Yvette Cooper and Liz Kendall already confirmed as candidates to end Labour’s 115 year existence, Corbyn had hoped to be the last MP in the party to use the word ‘socialism’ in public.

Corbyn said: “I want to bring something different to the leadership debate, a sort of last-gasp, dying-of-the-light motif if you like.

“It’s one thing to know that the party’s ideals are being massacred by a procession of vaguely human-looking quotebots but to I think it’d be nice for the party faithful to actually see it happening live.

“I don’t want to pre-judge things but I reckon the last flicker of hope will go out somewhere around the seventeenth use of the phrase ‘balance the books’.”

Several MPs have suggested they will nominate Corbyn despite having no intention of backing him for leader, insisting they enjoy the idea of a ‘fair society’ in the same way as they enjoy Star Wars.