AGEING multimillionaire George R R Martin has stopped writing the next Game of Thrones book while in the middle of a sentence.

Halfway through The Winds of Winter, Martin typed ’Tyrion looked darkly at’ when he suddenly realised he was already very rich and quite old.

He said: “I was a hundred thousand words into this thing where I’ve got armies in one continent, zombies in another, dragons burning things all over the place and numerous uninteresting sub-plots involving minor noblemen whose names I cannot currently recall. It is, by anyone’s reckoning, a fucking nightmare.

“I was looking at several more months of inhumanly hard graft and even then everyone is bound to slag it off as ‘unsatisfying’.

“Meanwhile it is a lovely day outside and I am an older man with more money than I can possibly ever spend.

“You tell me why I should finish this? It’s an honest question. Someone else can do it if they like, I’m cool with that.”

Martin had already spent the morning wading through a massive Excel spreadsheet listing hundreds of characters as ‘ALIVE’, ‘DEAD’ or ‘IN SOME SORT OF SKY DUNGEON’, which he has since deleted. 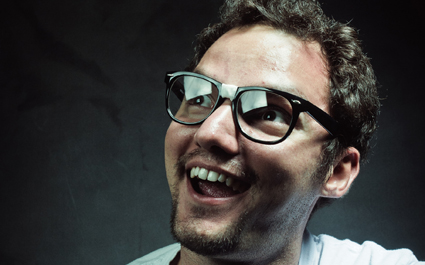 A SELF-STYLED ’nerd’ is unable to fix computers, it has been confirmed.

27-year-old science fiction fan and fantasy wargamer Wayne Hayes has told his friends to stop asking him what is wrong with their laptops.

He said: “I like Star Trek, Stargate SG-1 and own a £175 scale model of the ‘marine carrier’ from Aliens. I always wear the same Millets fleece and avoid large social gatherings unless it’s a convention. That doesn’t mean I can fix your fucking computer.”

Hayes receives around six requests per week to repair computers, despite working as assistant manager in a garden centre and having no IT qualifications.

Hayes’s cousin Tom Booker said: “Of course he knows about computers, just look at him. I don’t know why he’s being so uncooperative.

“He reads these really thick books with spaceships on them so he must be able to make my iTunes work.”

However Wayne Hayes said: “I’m into technology that isn’t real, like warp drives and teleporters, because it is exciting whereas my boss’s sister’s husband’s Lexmark printer that ‘won’t do the thing’ is not.

“Some nerds know less about computers than thick-necked lager drinkers.”