THE screen role of Wonder Woman has gone to 300 star Gerard Butler.

Discussing his part in the forthcoming Batman vs Superman, Butler said: “There’s nothing in the small print that says Wonder Woman has to have a vagina. It’s not like Batman’s an actual bat.

“I’m proud to live in a tolerant society where we can accept a heroine with hairy shoulders.”

However fan Tom Booker said: “I hate this sort of gimmicky and deliberately controversial re-imagining of characters.

“It makes the concept of superheroes seem inherently ridiculous and childish, rather than the deadly serious and entirely appropriate obsession of middle-aged men that it so obviously is.

Road worker sick of being the designated shoveller 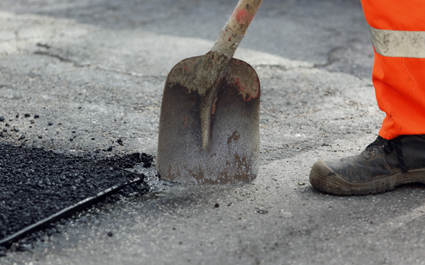 HIGHWAYS operative Tom Logan is angry that he always has to use the shovel while his team stands around watching him.

34-year-old Logan said: “We all know council regulations stipulate there can be only one shovel per working party.

“However I would really prefer it if we could pass the shovel around the group at hourly intervals, so that I could spend some time leaning on machinery and smoking fags like everyone else.”

However Logan’s colleague Stephen Malley said: “It is an honour to wield the shovel, I can’t believe how ungrateful he’s being.

“Also the standing around thing is surprisingly hard, it requires great mental focus.”