THE UK has descended into chaos as strike action at Good Morning Britain stretches into a second day.

After ITV workers walked out over pay yesterday, more than half of the country’s workforce withdrew their own labour in sympathy leaving six-foot drifts of rubbish in the lawless, rat-infested streets.

Tom Logan of Maidstone said: “Ben Shephard and Kate Garraway as lead presenters? Did we lose a war?

“How am I supposed to make it through a day without Martin Lewis telling me how to get two per cent off my lunchtime sandwich?

“A life without a three-minute guide to getting cat hairs off a sofa is no life at all.”

Susanna Reid has refused to intervene to stop the riots raging in every UK city, with commentators already comparing the situation to the Winter of Discontent.

Logan added: “Without the soothing banalities of Good Morning Britain, the nation has descended into savagery.

“There are rumours that Loose Women will be next. If that happens, we’re under martial law.”

Scots to look down on Northern Britain as effete, snobbish South 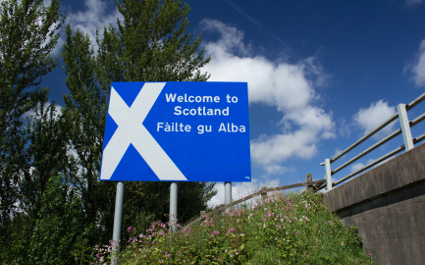 SCOTLAND has agreed to repurpose Northern Britain as a new south for them to look down on.

Following a petition from Northerners asking to be made part of Scotland, the Scottish parliament has decided that their people need someone who they can hold in permanent contempt.

Scottish culture secretary Fiona Hyslop said: “The further north you are the harder you are, obviously.

“But now Scotland has effectively severed all connection to Shandyland, or London as I believe its inhabitants call it, we need a new baseline.

“Without the fancy, pampered residents of Manchester to shake our heads in disbelief at we’d have to use Glasgow as our starting point for soft behaviour, committing the rest of the country to unsustainable levels of alcoholism.”

Dundee resident Bill McKay said: “You should see the la-di-dah fops down there in Newcastle, drinking bottles of brown ale with their pinky fingers sticking out and wearing T-shirts when it’s only minus three out.

“Eight cans of Super and they’re on the floor.”

But Shetland Islander Mary Archer said: “I don’t know what we need them for when we’ve got the cosseted dandies of Aberdeen, with their easy jobs on the rigs and their average life expectancy of 45.”