Gospel music to focus on non-existence of God

MODERN gospel music is increasingly about the non-existence of a supreme being, it has emerged.

As new research showed religion will soon be the preserve of one scary family who live in a remote wooden house filled with grandfather clocks, gospel artists have given up on God and are instead drawing their inspiration from real things.

Gospel legend Reverend Tom Logan, singer of This Ole Church Would Make A Pretty Good Gym Or Something, said: “We’d been lifting our joyful voices in praise of the Almighty for near two decades now, yet it didn’t seem to have made a blind bit of difference.

“The church roof still leaked, my arthritis hadn’t improved and there were a load of wars.

“What with the seemingly indifferent nature of the universe, I decided it was unlikely that everything was created and overseen by a benevolent omnipotent being who loves us all and also really likes my singing.

“That was the day I wrote The World Is Just A Lot Of Things Happening For No Reason and Lord You Are No Longer Relevant In This Modern Age. I’ve never looked back.”

He added: “My congregation found them to be just as catchy as my Christian stuff.

“And if there is a God, His response has been exactly the same as to all my praise-based work – complete indifference.”

Loretta Hollis is a founder member of stalwart gospel act The Joyful Four whose most recent single is entitled Sorry God But Evolution Seems Increasingly Plausible.

It features the lyrics ‘When you look at monkeys in the zoo, they are very much like little men. Our shared genetic heritage is easy to see, amen’.

She said: “Given the shift in subject matter we’re really trying to cut back on the use of the word ‘amen’.

“But we do like it a lot and it certainly has more ‘oomph’ than ‘speaking objectively’.”

Osborne hands average family &#163;45 to give to British Gas 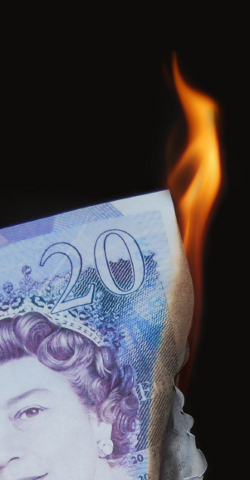 GEORGE Osborne will today let the average family look at £45 of their own money as it travels from the Treasury to British Gas.

Mr Osborne wants to simplify the system by which people get less things in exchange for more money while boosting entrepreneurship by emphasising how happy you would be if you owned a multi-national energy company.

A Treasury source said: “It’s easier if we just give the money directly to British Gas and send everyone a photo of their £45 in much the same way as one would receive a photo of a sponsored child or endangered animal.

“You’ll then get a quarterly ‘newsletter’ from your £45 telling you how it’s doing inside the wallet of a British Gas executive,  what it was like being exchanged for an erotically-shaped cigar cutter or how it feels to be set on fire by a bored fat man.”

A British Gas spokesman said: “We will wait for the exact figure before deciding how much to add to this year’s price increases, but we do prefer to bill people directly and then watch them hand it over.

Mr Osborne is also expected to scrap a planned 1% rise in fuel duty after experts pointed out that 65% of nothing is nothing.

A Treasury source said: “We are perilously close to the tipping point where people will have turned their cars into houses and be using the rubbery bits to make sandwiches.”

Other Budget highlights include:

Three pence a pint on delicious foreign lagers that make you want to have a fight.

A tax on private kangaroos.

A £250m fund to help 10,000 first-time buyers experience the pointless stress of owning some shitty little house next to a retail park.

A freeze in air passenger duty, clearing the way for Michael O’Leary to charge you for having a face.