THE musical Grease is absolutely disgusting, a new generation of parents has suddenly remembered.

As Channel 4 screened the classic movie, parents across the country said they had a lovely time explaining the significance of a broken condom to thousands of curious eight year-olds.

Tom Logan, a father of two from Peterborough, said: “The alarm bells first started ringing when I heard the phrase ‘flog your log’.

“When you see Grease for the first time that sort of thing just washes over you, but 25 years later when you’re watching it on a Sunday after building a snowman in the back garden you immediately think ‘that dirty bitch is talking about wanking in front of my kids’.”

Julian Cook, from Stevenage, said he had forgotten that the song Grease Lightning was a ‘litany of industrial grade filth’, adding: “As well as a rhyming couplet involving ‘shit’ and ‘tit’, we discover that the car in question is to be transformed into a ‘pussy wagon’.

“I wish you could have seen the look of scepticism on my seven year-old’s face as I tried to explain to her that these young men were going to use the car to round-up stray kittens and then find them a loving home.”

Helen Archer, from Finsbury Park, said: “We managed to dodge the wanking bullet and the condom unpleasantness but then Danny Zuko announced that Grease Lightning will be so impressive ‘the chicks will cream’.

“Within seconds my five year-old daughter Maisie, bless her, was tugging at my sleeve asking ‘where will the chicks be creaming mummy?’.

“After a silent pause – which seemed to last for a year – I decided to simply tell her the truth and mumbled ‘at the gash, sweety pie… at the gash’.”

She added: “Still, it was good of Channel 4 to put it on in the afternoon so it didn’t clash with In the Night Garden.”

Tom Logan said: “Grease is a little strong at times, but it does at least carry the wonderful message that if you want the man of your dreams all you have to do is abandon your values and dress up like a prostitute.” 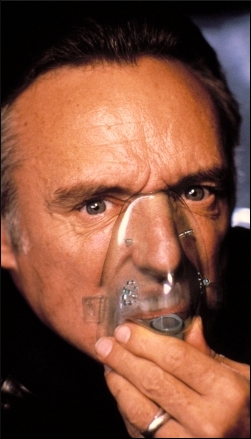 GORDON Brown dismissed claims of bullying last night and threatened to ruin the life of anyone who says different.

As Christine Pratt, the chief executive of the National Bullying Helpline, said the prime minister was a psycho, Mr Brown stressed it would be very difficult to run a helpline when all your phones have been cut off and your jaw is wired shut.

A Labour source said: "Ed Balls is already feeding all kinds of interesting facts about her to the Daily Mirror. Did you know she's a former member of the Real IRA who used to beat up Macmillan nurses in her spare time?

"And of course if that doesn't work we'll just get Alistair Campbell to take her out for a nice cup of coffee and show her a photograph of David Kelly."

Earlier Lord Mandelson appeared on BBC1's Andrew Marr Reads the Papers to defend Mr Brown and insisted the heavy bruising around his eyes and mouth had been caused by foolishly placing his head in the way of a flying laptop computer.

And on Saturday Mr Brown told Channel Four's Krishnan Guru-Murthy that he had never hit anyone in his life, before asking the interviewer where he lives and what time he usually gets home from work.

But despite fresh evidence of Mr Brown's raging psychosis, weekend polls show Labour closing the gap on the Tories as around one third of the country insisted Mr Brown had been under a lot of pressure recently and that it was really their fault for getting him so angry.

A Downing Street spokesman said: "Some weeks he's Spiderman and other weeks he is his own arch-nemesis, Doctor Octopus. It would appear we are in the midst of an octopus week."

Meanwhile Piers Morgan is to follow up his landmark interview with Mr Brown by asking Serbian general Ratko Mladic why he is so clever and how many dolly birds he pumped at university.