Bake Off final to include snake attack

THE Great British Bake Off final will see 300 venomous snakes released into the kitchen during the technical challenge.

The finalists will be locked in a desperate battle with the reptiles while attempting to create a perfect pineapple upside-down cake with crunch, fluffiness and visual appeal.

A spokesman said: “An asp loves nothing better than to slither between two warm layers of sponge and go to sleep, so watch out for some scaly surprises.

“We’ve only got enough anti-venom for Paul and Mary so the stakes for the contestants could not be higher.”

Mary Berry said: “The challenge is to stay focused and maintain consistency, even when there’s black mamba venom coursing through your veins. 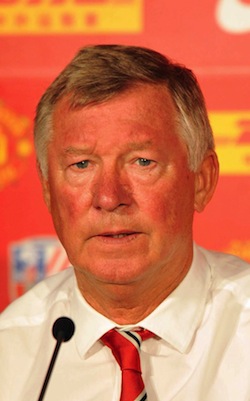 SIR Alex Fergusons new book has revealed that United failed to win even the League Cup during his 26 years in charge.

Fergie’s autobiography exposes Manchester United’s claim to have won 13 Premier League and two Champion’s League titles as the result of “everyone getting a bit carried away.”

Ferguson, who admitted falling asleep during the clubs only European game in the last 20 years because hed driven the bus overnight to Tromsø, blames its erroneous record on media exaggeration.

He said: I do like to play the old mind games and on occasion the press has got overexcited and printed things that werent entirely accurate, for example in 1999 when they said wed won the Treble.

I should really have corrected them, but as far as Im concerned getting to the FA Cup final is achievement enough for this club and we deserved that open-top bus parade.

He added: “If we’d ever got the big players like Andy Cole or Rio Ferdinand, then maybe I’d be writing this as a title-winning manager.

“But there’s no shame in steering a club like United through a quarter-century and only getting relegated twice. That, not the relentless quest for glory, is what English football is all about.

Fergusons memoir will share shelves in bookshops with the new autobiography by Harry Redknapp, How I Won Every Trophy In The English Game And Scored The Winning Goal In The World Cup Final.