SCREENWRITER Richard Curtis is to reveal a grittier, more edgy side with a film about the lower middle class.

The creator of Four Weddings and a Funeral says his forthcoming film Kissing in a Corporate Pizza Restaurant is about a girl who falls for a boy from outside West London.

“But I can do real, incisive social commentary just as well as Ken Loach and after this film cinemagoers will see the lower middle class as real, three-dimensional people.

Clips from the forthcoming social realist romantic comedy show characters living in cul-de-sacs with faux rural names and going on holiday to Eurocamp.

Curtis said: “I spent a month lodging with a lower middle class family. They had framed photos up the stairs, spent their Saturdays shopping in outlet villages and read thriller novels about kidnapped children.

“Their homes are very warm, almost excessively so, like they’re terrified that if they turn the central heating off they’ll instantly freeze to death.

“It’s time these people had a voice. We’re talking about millions of people whose cars aren’t quite as fancy as they want them to be, and I want the world to understand their angst.”

Grown men sleeping in street to get video games machine 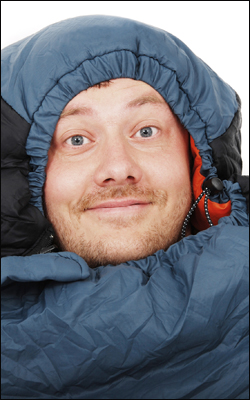 ADULT men have been sleeping outdoors because they want an electronic toy.

Sony’s Playstation 4 toy is released in the UK on Friday, but fully-grown men who are old enough to have jobs and drink alcohol are already queueing outside a shop to get theirs.

37-year-old Tom Logan said: “I told my kids, daddy’s going away for a few days.

“The youngest cried because she thought I was going off to fight in a war or perhaps help rescue people after a massive natural disaster.

“But then I explained that I was going to sleep rough so that I could get a thing to play games on, because that was really, really important to me.

“She was pretty much fine after that.”

However the ageing demographic of console game and comics fans has prompted some children to ask for their hobbies back.

10-year-old Stephen Malley said: “I really like computer games but my dad refuses to play with me because he says I’m not a real ‘hardcore gamer’, whatever that is.

“I like comics too but dad gets cross because I keep taking his X-Men out of the little plastic bags which affects the re-sale value.”

“Well maybe respect is the wrong word but you get the general idea.”