SCANDINAVIAN drama The Bridge is being ruined by the English subtitles, Guardian readers have claimed.

They have told the BBC that being able to understand the programme is undermining their need to appreciate it at the required level.

Martin Bishop, a grade six Guardian reader, said: When I watch The Bridge – or De Broggen – I want to connect with Scandinavian culture as deeply as possible. I want to feel as if I can reach out and touch their public services.

He added: Also, the BBC has just assumed that I dont speak Danish. I dont, but they shouldnt assume that.

They could at least make an English version with Danish subtitles that I could watch with the sound off.

Wayne Hayes, a grade nine, said: How am I supposed to discuss it intelligently if I can understand what its about?

When I watch French films without subtitles I catch the odd word here and there because of my O-Level. But Scandinavian is complete gibberish. Its wonderful.

Jane Thompson, a grade four with enhanced Monbiot, added: I overcome the intrusive subtitles by covering the bottom third of my television in gaffer tape.

Its about a husband and wife who are trying to reunite a legendary folk group. And they live near a bridge. 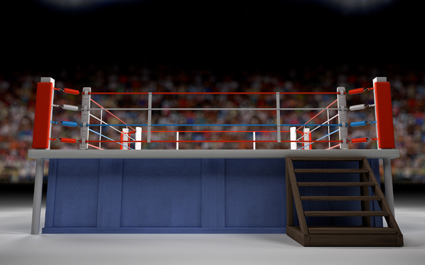 DISAPPOINTED Daniel Bryan fans have been asked to pretend he turned up at Sunday’s Royal Rumble.

WWE enabler Vince McMahon said: “The joy of pretending Daniel turned up is that you can picture him doing just about anything, rather than saying his catchphrase and playing at slapping people.

“RIght now I’m picturing him riding a Tibetan mastiff into the ring, doing a dark incantation with the thirty other wrestlers that restores Andre The Giant to life and then them all having a Connect 4 tournament.

“Is this any more fanciful than what would have happened had he showed up?”

Wrestling idiot Wayne Hayes said: “This comes just days after I watched a woman take her own life on camera while the makers of Coronation Street just sat there and did nothing.”