Harry Styles, Phoebe Waller-Bridge, Stormzy: who are the frontrunners to be the next James Bond and/or Doctor Who?

THE positions of James Bond and Doctor Who are simultaneously vacant, but who will step in to save the world and/or the galaxy? These are the frontrunners:

Already acting, unquestionably British, has a track history of womanising like Bond, wearing frilly outfits like the Doctor, and keeping obsessed from going apeshit. Would ruin everything by playing both roles at once and stopping for a quick song.

In with Bond after rewriting 20 lines for £5 million, the Fleabag star is posh enough to be the spy though would insist on monologuing to camera about how she regretted each kill. As the Doctor would travel time and space shagging Davros and the Cyberman and regretting that too.

Has no interest whatsoever in either job, but the Guardian remains so awestruck by his 2019 Glastonbury set he legally has to be included in this list.

In a mutually-agreed job swap Craig takes over as Doctor Who and Whittaker becomes the new Bond. Craig’s Who shoots everyone, dealing with alien invasions in 90 minutes tops, while Whittaker’s Doctor buggers about with time so much Blofeld lasers his own balls off.

Anyone not already playing a recurring role in a Marvel franchise

A breath of fresh air in both roles, Madeley would tell women called Sexy MacMuff that they were clearly only doing it for attention and aggressively question Daleks about how they expect to run a galaxy of stairs, fine sand and recently ploughed fields. The perfect choice.

Is your journey really necessary? Take our quiz 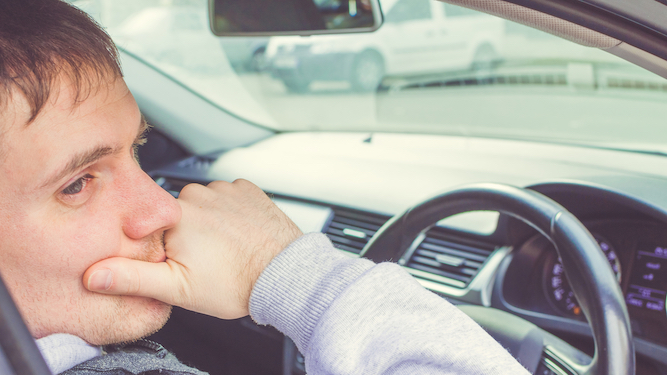 FUEL is unavailable across 90 per cent of Britain and every car journey burns more of it. But are the journeys you are making vital or wasteful?

You start the car. Where are you headed?

A) To a bridge above the M6 to spot tankers, follow them to filling stations and get the precious petrol before anyone else does
B) To drop the kids at school then work, though there’s only three-eighths of a tank left so I’m worried I won’t last through the weekend

It’s lunchtime. Where do you go?

A) On a tour of local supermarkets to see if one’s had a delivery, so you can join the queue and get another tenner’s worth in before the panic-buying bastards have it all
B) To pick up a prescription from the far side of town, passing several dry petrol stations on the way, watching the fuel gauge dip below a quarter

How do you plan to spend the evening?

A) Monitoring social media for any alerts about refilled pumps before going out at 11.45pm to fill a few jerry cans just in case. After all you might want to drive to Inverness tomorrow
B) Taking the kids to swimming lessons while nervously watching the fuel gauge head towards the red line, hoping this nonsense will end soon

Are you going anywhere at the weekend?

A) No. Apart from to get petrol before any other bugger does.
B) Inverness hopefully, for my grandmother’s 100th birthday. She’s not seen any family since Christmas 2019. All depends on whether we can get some petrol.

Mostly As: Your journeys are unnecessary, selfish and are the direct cause of the petrol crisis, but nothing will be done because you are for sure a Tory voter.

Mostly Bs: Your journeys are ordinary, considered and doomed to failure because you haven’t got to grips with the post-Brexit fight-for-fuel mentality. People like you hold Britain back.