CONSTABLE'S masterpiece The Hay Wain has been arrested in central London amid claims of nude horse exploitation. That little dog's having a right laugh

The archetypal English rural scene, painted in 1821, features a pair of semi-naked horses pulling two fat men in a big cart through a stream.

Superintendent Bill McKay said: "The painting is now in custody where our experts can study it to see if it makes them come over all unnecessary."

Constable used to spend summer weekends near Flatford Mill in Suffolk, where he would coax horses to pose nude while he sketched them in charcoal.

On several occasions the horses would be invited to his studio in London where he would create risqué watercolour cartoons and sell them to Members of  Parliament.

It was at Flatford in 1821 that he paid two fat men in a cart to pose with their wet, scantily-clad horses while on their way to a toddler fight.

A spokesman for the RSCPA said: "Horse exploitation makes me so angry. Grrrrrrrr.

"But when I see horses stripped down to their pants and trussed up like a couple of donkeys, I say, 'enough'."

He added: "As the pervert Constable is dead, the logical thing to do is arrest the painting itself. Examples must be made." 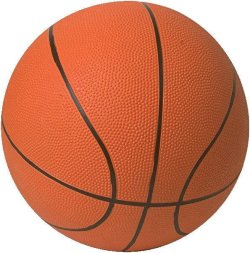 CHILDBIRTH is to be made longer and more painful amid fresh claims it has been 'dumbed-down' to meet Government targets. "What's all the fuss about?" asked Johnson

Alan Johnson, the health secretary, said the length of labour would be increased to eight hours, from the current five, and that midwives would jab women on the thighs with knitting needles for the last 30 minutes.

He said the new regime would deliver longer cigarette breaks for doctors and nurses and help breed a new generation of super-tough mothers with 'vaginas of steel'.

Under the new guidelines all women will have to deliver their babies in birthing pools, which experts said worked in exactly the same way as modern pain-relieving drugs, except they did not relieve pain.

Mr Johnson said: "In the last hundred years there have been enormous advances in medical technology. That's why we have decided to force pregnant women to sit in a glorified bucket for eight hours screaming their heads off like cavewomen and begging for drugs. It's only natural.

"Look at fish. They give birth in water all the time and you never hear any of them huffing and puffing and screaming 'don't you ever put that me in again you evil fucker' at their husbands. Our mums must learn to do the same.

"And if the birthing pool isn't sore enough we can always get the midwife to drop in a toaster."

Dr Wayne Hayes, head of psychology at the University of Dundee, said the Government's decision to make childbirth even more agonising obviously reflected an unconscious desire to punish women for having sex.

"You have to remember these people are not just sick, they're like the little girl in The Exorcist," he said.