HITLER-BASED entertainment bullshit will continue to be produced for another 200 years, experts have claimed.

They believe it will be possible to produce new works of Hitler-tainment by focusing on increasingly obscure aspects of his life, such as Eva Brauns favourite hat.

Historian Denys Finch Hatton said: Whether Hitler liked cakes is of no significance whatsoever, but that neednt stop you writing a book about it, as I did with Cakes of the Reich.

There are also the accounts of people who have some highly tenuous connection to the Führer, such as the great-grandchildren of the tailor who supplied his socks.

If you run out of actual facts there is always wild speculation, such as Did Hitler ever go to the moon in a Nazi flying saucer?

Obviously he didnt, but a skilled TV producer will be able to turn this into an hour-long programme by using lots of cheap CGI and endlessly repeating the initial question until you want to punch the fucking screen in.

Forthcoming Hitler-related works include the book The Man Who Met Hitlers Cousin and the Discovery Channel series Hitlers Most Evil Pets.

Office worker Stephen Malley said: Hitler killed millions of people, but he provided millions more with something to read on the bus, so there are two sides to everything.

Id hate it if they ran out of Hitler stuff, but since Toilets of the Nazis is on tonight, I dont think they will.

Does evil lurk 'down there'? 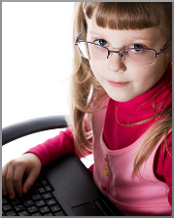 An older lady at work has approached me in a lascivious manner and I am not sure whether to bow to her advances. Someone told me that lady parts start to grow teeth after a woman hits forty. Honestly, I am scared of the horrors I might unearth if I go there. Am I right to be cautious?

Don’t believe everything you hear. The truth is that women get better and better with age like the Millennium Falcon.  My granny was born hundreds of years ago but I managed to teach her how to use Twitter recently. At first she was tweeting nonsense about rich tea biscuits playing havoc with her piles and posting twitpics of her tartan wheely shopper parked outside BHS, but she seems to have got into the swing of the whole social network thing at last. Now she spends most of her time trolling minor celebrities and leaving abusive comments on the profiles of fellow nursing home residents. But she’s not as bad as her friend, Edith, who is on her last Facebook warning for gratuitous areola exposure.