IT’S time to get into a new TV series. Here are five tactics to help you choose that are guaranteed to leave you disappointed:

Just because you’re close to someone it doesn’t mean you share the same taste, but you’ll feel obliged to follow their advice. Ahead lie exhausting nights figuring out what’s funny about a subtitled French comedy or trying to convince yourself that the unremitting misery of The Handmaid’s Tale is a good way to relax.

You’d think multiple opinions would help open your mind, right? Wrong. You’ll come away with a hundred possibilities, including Aunt Sandra’s favourite Some Mother’s Do ‘Ave ‘Em on BritBox and your brother’s psychotic friend’s suggestion of serial killer drama Mindhunter. You’ll quickly give up and mindlessly watch ancient episodes of Come Dine With Me. Again.

Just because a show is similar to something you’ve already watched it doesn’t mean it’s good. And algorithms don’t realise Nicole Kidman is no mark of quality. Frankly you’ve got to question the algorithm’s taste if they’re pushing things like Emily in Paris, which made you wonder if evolution has started going backwards when you accidentally watched five minutes of it.

If you’re in desperate need of guidance it might be worth trawling the reviews on Amazon Prime. However, if the popularity of the aforementioned Emily in Paris is anything to go by, most people are incapable of judging whether a show is worth watching or will make you want to poke your eyeballs out, so you’ll end up watching absolute shite.

After an hour or so of trying to decide, you’ll give up on finding an amazing new show and turn to an old favourite instead. You don’t actually need to watch Red Dwarf because you’ve seen every episode nine times and can recite the script word for word, but at least you know it’s not The Wheel of Time. 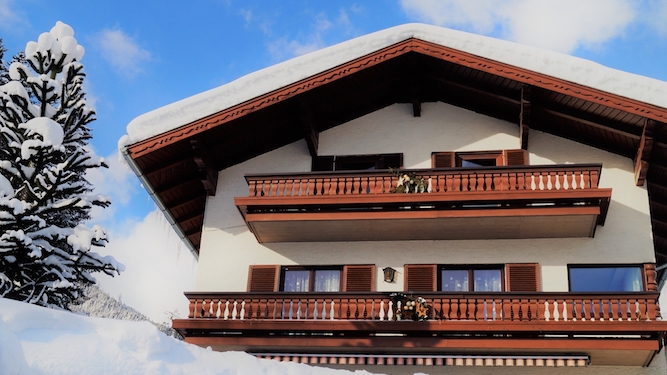 A RARE opportunity to buy this exclusive Swiss ski chalet has come up. Sale forced due to necessity of settling civil case. One careless, entitled owner.

Located in the luxury resort of Verbier, a playground of rich A-list celebrities and the late Jeffrey Epstein, the lodge is exclusive, private, discreet and worth a lot of money which is needed urgently.

The lodge, which bears the Royal crest, has seven bedrooms which is ideal for large groups where you may not know every person involved and indeed could plausibly not have met them.

Also boasts a heated indoor swimming pool, the less said about which the better.

Available at short notice because a certain elderly woman is suddenly unwilling to stump up for certain mounting bills, which is unfair given that the owner was always her favourite.

Conditions of sale include binding agreement not to ask any difficult questions and recognition that the purchase in no way implies the vendor’s guilt and selling up to raise cash for a settlement is actually the act of an innocent man.

Offers £17.3 million or £20.3 million, if you’re a Kazakh oligarch who likes to pay £3 million over the asking price. Though that doesn’t happen like it used to.