How to f**k up a TV adaptation of a book

DO you want to run a beloved book into the ground by adapting it ineptly for television? Follow these rules:

Books are less popular than telly shows because they’re slower and sold in fancy shops. Over-familiarity with the source material could put your adaptation in danger of being equally dull, so avoid the book in favour of skimming the plot on Wikipedia.

Set it in the modern day
Regardless of when the book is set, make sure your TV version takes place in 2019 so audiences can relate to it. George Eliot would definitely have set Middlemarch in Stoke-on-Trent during the Brexit referendum if she could, and if she knew how much money could be made from product placement.

Deliberately avoid the best bits
Everyone knows Martians invade England in The War of the Worlds, so where’s the fun in showing that on screen? They’ve seen it in all the other versions. Astound viewers by being unpredictable and focusing on mundane domestic arguments instead.

Invent new characters
Bookworms are foolishly attached to literary characters, but wouldn’t it be more entertaining if it turned out Sherlock had an evil sister who he’s never mentioned before, or the Scarlet Pimpernel had a wise-cracking child sidekick?

Change the ending
Authors work really hard to give their books suitable and satisfying endings. But just because they wrote the thing doesn’t mean their word is gospel, and the only way to get buzz on Twitter is to go your own way. Have Gatsby elope with Daisy and shoot the narrator. Why not?

Only freaks put mugs upside down in cupboard 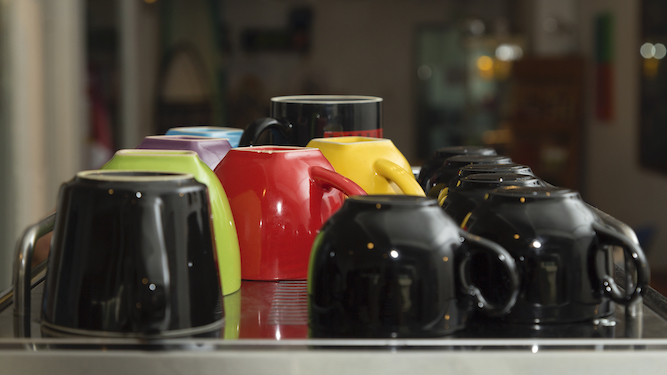 THE only people who store mugs in cupboards top-down are total freaks, it has been confirmed.

Researchers studied more than 5,000 tea and coffee drinkers over seven years and showed that only warped, sick minds would opt to put the bit of the mug that your lips touch on the dirty shelf.

Professor Henry Brubaker, of the Institute for Studies, said: “They are freaks, weirdos, outcasts and mutants of the soul.

“We examined the phenomenon exhaustively to try and find a possible benefit to stacking mugs this way, and there isn’t one. The only semi-persuasive argument was ensuring spiders couldn’t climb in, but how often does that happen?

“They don’t stack easier. It doesn’t keep them cleaner. The only reason to do it is because you are a deviant who should be thrown out of society.”

Brubaker confirmed that he and his team would now be researching whether people who leave a half centimetre of milk left in the bottle are sociopaths.