DJ livid at suggestion he might play song you know

A DJ is furious at the suggestion that he might play a song people know.

Nathan Muir was busy mixing cuts and breaks for the 30th birthday of a friend when a clueless moron came up to him and asked him to play No Diggity just because everyone there wanted to hear it.

Muir said: “Who the f**k do these f**king people think they are?

“I was just fading Sex Machine into an abstract funk workout from 1973, really raw drums, when this halfwit sidles up and says hey, why not ruin the entire inclusive vibe you’ve created by playing something jarringly out of place.

“Did Picasso have d*ckheads asking him to put a smiley face in Guernica? Did James Joyce have drunken twats staggering up demanding he put a bit in Ulysses that everyone could dance to?

“Later on I was asked why I hadn’t put anything on from the playlist they’d provided. I replied that I thought that was more of a mood board to inspire me and if they just wanted those songs they should have hired a f**king jukebox.

“Ironically I was going to play No Diggity later on but now I can’t. So I’ve put on Oakland Stroke by the Towers of Power instead. Everyone knows that one.”

Wetherspoons to be preserved as a warning from history 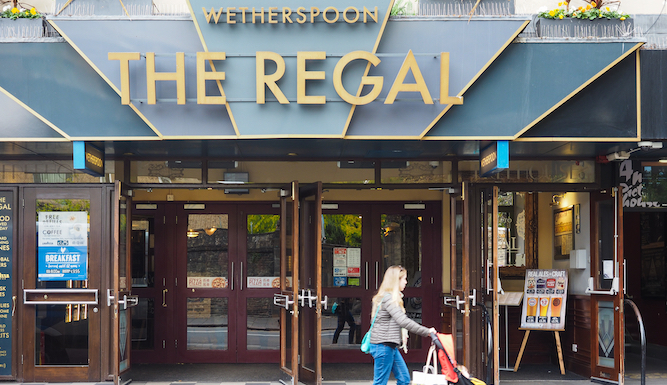 JD WETHERSPOON pubs are to be preserved as a warning to future generations, it has emerged.

The chain of low-cost pubs for hard-drinking alcoholics is to be taken over by the World Heritage Organisation and turned into a series of haunting but instructive tourist attractions.

A WHO spokesman said: “Anyone who’s visited a Wetherspoons knows it’s a stain on Britain’s proud history that must never be repeated.

“Visitors will be shown around the sticky carpets of perfectly preserved Wetherspoons pubs, allowed to look at the disturbingly cheap menus, and will come to understand the soul-crushing terror of being in such a place.

“Where we can we’ll get former regulars to show them around, sharing stories of their harrowing time within its walls drinking pitchers of Mango Monster Mash, but so few of them have survived.

“Critics say it’s a tasteless way to commemorate the millions of Britons who spent their lives in Wetherspoons, but we think it’s the best way to keep their memory alive.”