I DO NOT live in an underground bunker. Nor am I a lighthouse keeper in the South Atlantic. I have not recently awakened from an eight-year coma.

So yes, I have heard of Game of Thrones.

You may therefore, given that I responded to the question ‘Do you watch Game of Thrones?’ with ‘No’, safely assume that not doing so was my decision, rather than mere oversight.

But instead, fucking hell, do you explain it to me. At length. Seriously marring the tale in the telling.

Why can’t people accept that I don’t give a toss about dragons and incest and what is essentially The Lion, The Witch and The Wardrobe on bad acid?

Whilst everyone I know thinks I’m missing a huge cultural event akin to the Enlightenment, I just can’t be arsed. Half an episode of blokes in leather mumbling in dark corners like my local pub’s goth night.

Only five more weeks. Five more and you’ll never bore the tits off me again. It’ll vanish like Downton Abbey, forgotten by those who were once its closest fans.

God, remember when you were all into Lost? Pricks.

Couples who buy each other Easter eggs told to grow up 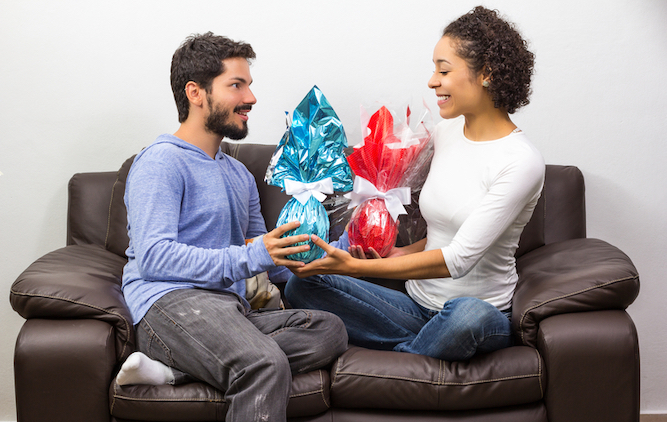 COUPLES who buy each other Easter eggs need to grow the fuck up, relationship experts have confirmed.

The practice is deemed understandable right up to the age of 21, before which they are basically kids anyway, but unacceptable thereafter no matter how dark the chocolate.

Dr Helen Archer said: “It’s a children’s holiday. For children. That couldn’t be any more obvious.

“Nobody’s standing in the way of you having a Creme Egg or 12. Gorge as many Mini Eggs as you like. It’s fine, it’s just chocolate.

“But this is buying a big egg in all the packaging and standing it proudly on the mantelpiece for an adult you’re supposed to be having sex with.

“You’re a grown-up. You can have whatever you want whenever you want. Running your relationship to the same calendar as the supermarket’s seasonal aisle is pathetic.”

Nikki Hollis, from Uttoxter, said: “My husband’s bought me a big Lindor egg, so I know he loves me. We haven’t spoken in six years.”