JAMIROQUAI now seems alright compared to the many bigger knobs who are around, it has emerged.

The jazz-funk singer seemed like a massive knobhead in the 90s, when he was widely mocked for his stupid headwear and cocksure demeanour.

However when seen in recent times, the shocking revelation hit that he now seems pretty tolerable compared to modern industrial-strength knobs like Trump, Farage and Ed Sheeran.

Music fan Nikki Hollis said: “I used to think that bloke from Jamiroquai was the biggest knob drawing breath. But there are so many knobs around these days that I doubt he’s even in the top eight million.

“For starters, he clearly loves Stevie Wonder so there’s no way he could be racist. And those hats, although ridiculous, are these days more of an endearing way of over-compensating for male pattern baldness.

“In 2017 he wouldn’t even be the biggest knob in my local pub. That’s hard to say about someone who calls himself a ‘space cowboy’, but it’s true.” 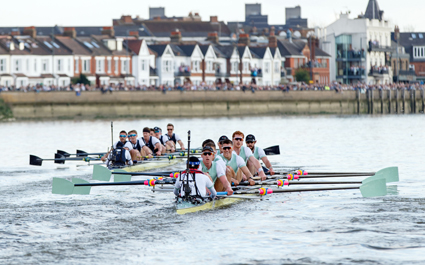 ROWERS from Oxford University will get to choose the next prime minister after winning a boat race.

The annual sporting event is traditionally used to decide whether the country’s next leader is picked from the ranks of Cambridge or Oxford universities.

An Oxford spokesman said: “We’ll choose the future prime minister later today after we’ve finished getting pissed. You’ll still have to have an election at some point but that’s pretty much a formality.

“We’ve got three or four alumni who are sufficiently inoffensive. There’s one guy called Clive, he’s as thick as pigshit but everyone likes him because he has unusually baggy trousers and a pet cockerel called Ted, he’ll probably do.

“Ten years from now you’ll be watching him on telly going ‘There’s no pensions any more, benefits are finished and any music that isn’t Honey G is banned’.

“All because we made a boat go fast.”