Jesus returns to save Top Gear

JESUS has returned to earth with a plan to save Top Gear even if it means dying in the process.

After witnessing humanity’s despair over the once-popular motoring show, Jesus has decided that divine intervention is needed for the first time in 2,000 years.

Jesus said: “Top Gear has lost its way, like the sheep in the parable, so God and I have come up with some format changes.

“I’ll be replacing Chris Evans as the main presenter. That’s not a criticism of him, it’s just that I can perform miracles so I’ll be able to do stunts that piss on Hammond’s jet car.

“In my first episode I’m going from London to Hawaii in a Ford Mustang by driving on the sea at 1,000mph, then for comic relief there’ll be an Austin Allegro getting eaten by a real T-rex.

“There’s still the problem of it not being the same without Jeremy Clarkson, so I have fashioned a new Clarkson out of clay and breathed life into him.

“If the ratings are still low I’m prepared to be crucified on top of a Ferrari Testarossa that gets driven into the Grand Canyon by the Devil and explodes. I think viewers will be interested in that.

“In the meantime I’m bringing back Quentin Wilson to do proper reviews of affordable cars, because they were humorous but also informative.” 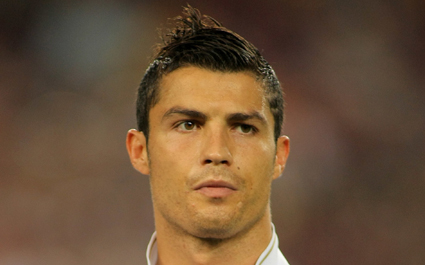 PORTUGAL’S Cristiano Ronaldo has accused a goalpost of ruining a game with its petty mentality.

After kicking the ball right into the post in St Etienne’s Stade Geoffroy-Guichard, the theatrical midfielder repeatedly held his arms out with upturned palms, dismissively waved his hand about and then scowled.

He said: “I just want to play in my usual overwrought and dramatic fashion, but it’s hard for me when this goalpost doesn’t try anything.

“You’d think it won the Euros, the way it just stands there. It’s never going to achieve anything in this competition.”